In an interview, the Astroworld rapper also pimps his McDonald's collaboration

by Wren Graves and Lake Schatz 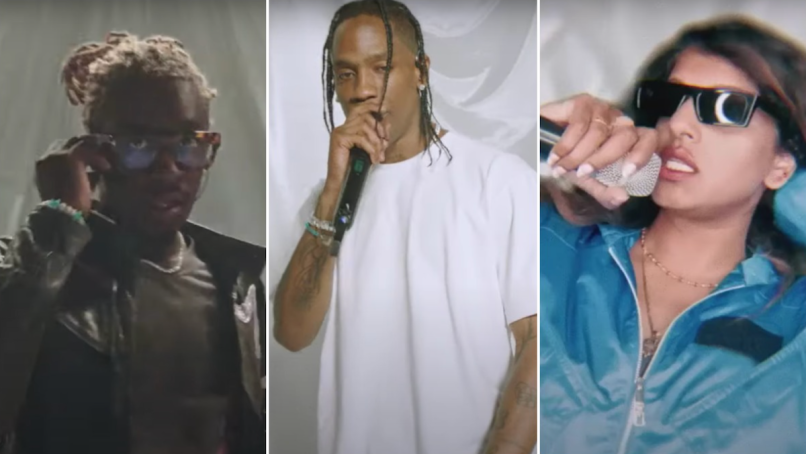 Travis Scott was both the lead guest and musical performer on the Thursday night’s episode of Jimmy Kimmel Live. When he wasn’t pimping burgers for McDonald’s, Scott reminded everyone that there’s an artist lurking beneath the brands with a performance of “Franchise”.

Scott’s interview covered his new promotional deal with the Golden Arches, which is basically just a quarter pounder meal with limited options. The so-called “Travis Scott Meal” became a TikTok sensation, and so popular that some stores began to run out of quarter-pound patties.

The Houston rapper then shifted into high gear for his delivery of “Franchise”, assisted remotely by collaborators M.I.A. and Young Thug. The high-production performance played out more like an actual official video than late-night stint, and featured a few stylistic elements that evoked the ’90s music videos of director Hype Williams (who is referenced on the track). Naturally, there were also a couple of scenes promoting McD’s french fries.

Check out both videos below.

Scott keeps finding ways to hitch his wagon to other established brands. His new song “The Plan” appeared in the trailer for Tenet, and on October 2nd, he’ll participate in Rihanna’s 2020 Savage x Fenty Show. He also has a collaborative album with Kid Cudi in the works, but so far there’s no timeline for that release. In the meantime, you can hold yourself over by cuddling up to a Cactus Jack Chicken McNugget body pillow.