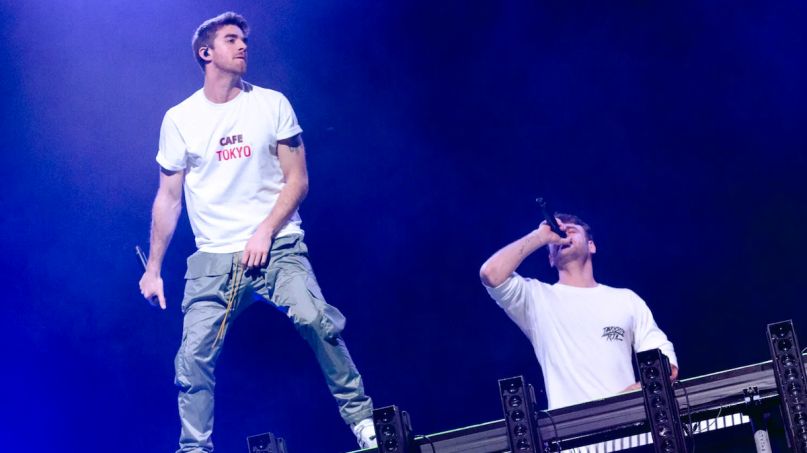 The Chainsmokers, photo by Ben Kaye

Over the summer, The Chainsmokers threw COVID caution to the wind with a “drive-in” concert in the Hamptons. VIP tickets cost upwards of $25,000, which is just $5,000 more than the promoters behind the event will now have to pay in fines to state of New York.

Videos from the concert — thrown during peak pandemic back in July — immediately sparked backlash when they started spreading on social media. More than 3,000 attendees had arrived in over 600 vehicles, and they clearly weren’t staying within their designated parking perimeters. Even worse, most appeared to be gleefully flouting mask requirements.

The New York State Department of Health launched an investigation into the concert over violations of its COVID-19 safety regulations. Today, Governor Andrew Cuomo announced that the event’s promoters, In The Know Experiences and Invisible Noise, “will be fined $20,000 for violating public health law.” What’s more, the Town of Southampton, where the show was held, can no longer “approve permits for group gatherings without State approval.”

“I spent time speaking to the people in Southampton,” Cuomo said during a conference call (via The Long Island Press). “Frankly, I don’t know what they were thinking.”

Apparently, they were thinking Chainsmokers’ people would do a better job managing things. “We had police there, but had we known the organizer wasn’t going to aggressively enforce mask-wearing and social distancing, we would likely have had four times the number of law enforcement that was actually present,” lamented Southampton Town Supervisor Jay Schneiderman.

No word yet on if The Chainsmokers themselves or FuckJerry, the loathed company Fyre Festival whose JaJa Tequila sponsored the concert, will also be hit with fines.

NEW: Following an investigation into the Chainsmokers concert in the Hamptons this summer, the promoters will be fined $20,000 for violating public health law.

Videos from a concert held in Southampton on Saturday show egregious social distancing violations. I am appalled.

The Department of Health will conduct an investigation.

We have no tolerance for the illegal & reckless endangerment of public health.pic.twitter.com/gf9kggdo8w

Previous Story
Stevie Nicks: There Would Have Been No Fleetwood Mac “If I Had Not Had That Abortion”
Next Story
Glass Animals’ Dave Bayley on His Alter Ego: “Wavey Davey Is My Sasha Fierce”
Popular
More Stories
[fu-upload-form form_layout="media" title="Submit Your Photo"][input type="hidden" name="ugc" value="1"][/fu-upload-form]