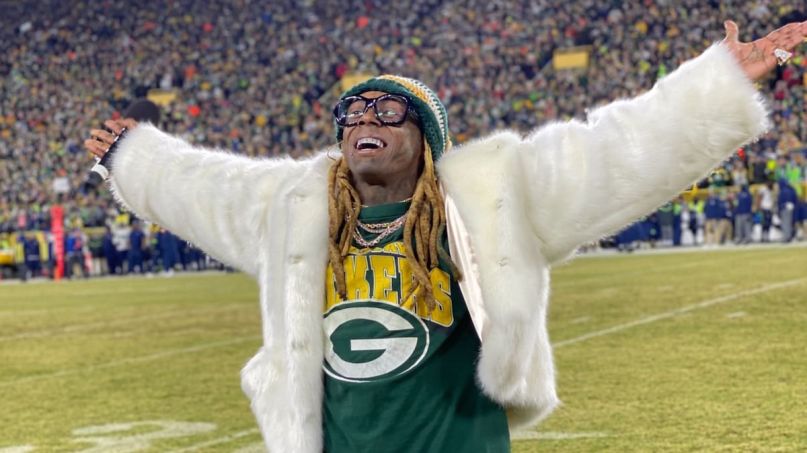 “Ballin’ like we at the Super Bowl/ Scored a touchdown and just spiked this shit/ You know the other team, they don’t like this shit,” boasts the Louisiana-born Lil Wayne. He’s assisted by fellow hip-hop acts Gudda Gudda and HoodyBaby, and the track’s moody production was handled by Boi-1da (Drake, Rihanna) and !llmind (Kanye West, J. Cole).

Check out the lyric video for “NFL” below. Thursday Night Football on Amazon kicks off October 8th with a showdown between the Tampa Bay Buccaneers and Chicago Bears.