Sacha Baron Cohen on Rudy Giuliani’s “Sexy-Time” Borat Scene: “It Is What It Is”

"If the president's lawyer found what he did there was appropriate behavior, then heaven knows what he's done with other female journalists in hotel rooms" 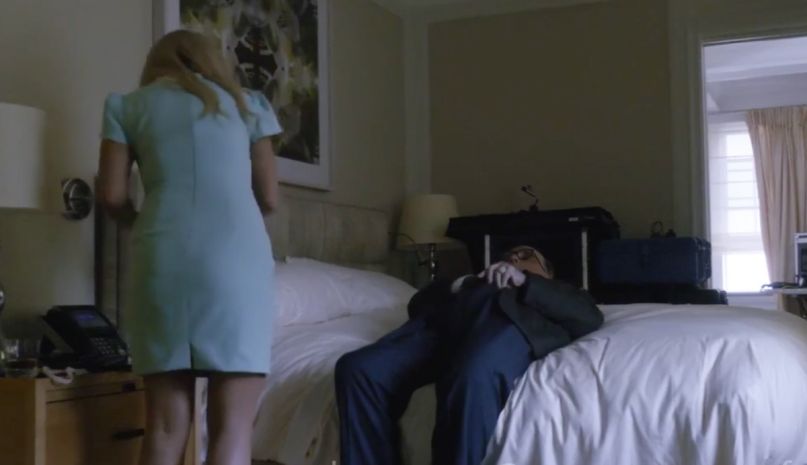 Borat may think Rudy Giuliani’s hotel encounter was just “innocent sexy-time between a consenting man and my 15-year-old daughter,” but the man behind the character has a much different take.

In a rare appearance out of character, Sacha Baron Cohen spoke about the incident on Good Morning America on Friday morning.

“If the president’s lawyer found what he did there to be appropriate behavior, then heaven knows what he’s done with other female journalists in hotel rooms,” Cohen remarked. “I just urge everyone to watch the movie… it is what it is, he did what he did. Make your own mind to us, but it was pretty clear to us.”

In the scene, 24-year-old actress Maria Bakalova, playing the role of Borat’s 15-year-old daughter Tutar Sagdiyev, sits down for an interview with Giuliani in a New York City hotel room. After she gins him up with a series of compliments and red meat questions related to China, she invites Giuliani into the next room for a drink.

Giuliani can be heard telling Tutar to “come here” as they enter the adjacent bedroom (which has been rigged with hidden cameras). He then sits on the bed and asks for her phone number and address, and begins touching her back. At this point, Tutar untucks Giuliani’s shirt and removes his microphone. Giuliani responds by laying on his back. He then puts his hands down his pants for several seconds.

Borat, wearing a red bra and panties, then bursts into the room and yells, “She’s 15! She’s too old for you. Please, take me instead!” Giuliani promptly exits the room, and Borat and Tutar are then seen running down the sidewalk to the wail of police sirens.

In an interview earlier this week, Giuliani denied he did anything inappropriate, claiming the clip was “doctored” and “a totally sensationalized false account.” Instead of touching himself inappropriately or hitting on an underage girl, the former New York City mayor said he was simply tucking in his shirt after removing his microphone.

“They’ll do anything. They’ve attacked me over everything possible, investigated every business dealing I’ve ever had,” Giuliani said. “And now the idiot Borat is going after me with a totally sensationalized false account of a ridiculous movie I guess that he’s done.”

Bakalova appeared on GMA alongside Cohen. Asked if she ever felt unsafe during the scene, she credited Cohen for “saving me.” “I always felt safe with our team, our cmarirew and with Sacha in my corner,” she added. “I never felt I was in danger.”

For his part, Cohen admitted that he was “quite concerned for [Maria] during the scene.” He explained, “We built a hideaway that I was hiding in during the entire scene. I was monitoring it by text — it’s my responsibility as producer to ensure the lead actor is looked after.”