Classic set from 1992 was recently reissued on vinyl and, for the first time ever, CD 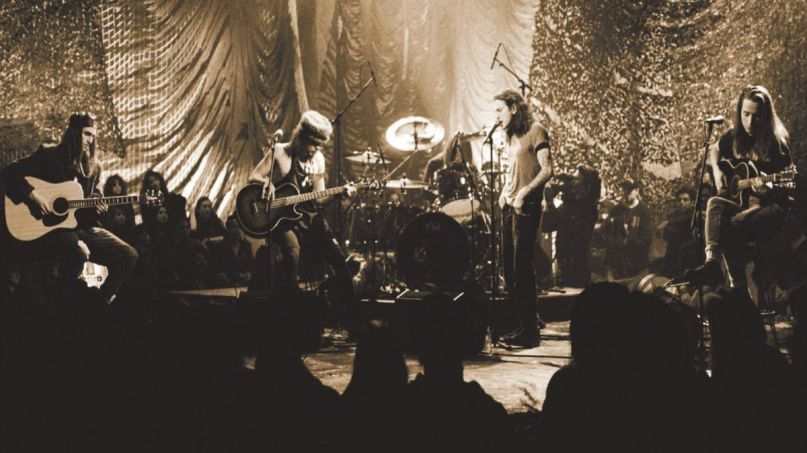 Today marks the 30th anniversary of Pearl Jam’s very first concert, something they are celebrating with a vinyl reissue and the first-ever CD release of their classic MTV Unplugged set. Both formats are out as of today, though unsurprisingly, the LP version is long sold out. But thankfully, there’s yet another way to hear the beloved album. In a surprise move, Pearl Jam’s MTV Unplugged has been released on streaming services for the very first time. You can listen to it right now via Spotify and Apple Music below.

Captured on March 16th, 1992, the seven-song Unplugged session saw Pearl Jam playing acoustic versions of material from their Ten debut. Also included is the track “State of Love and Trust”, originally released on the Singles soundtrack. Over the years, these recordings have built up as much legend as anything the band has ever done, so the fact that they’re finally available to stream at fans’ leisure is truly a gift amidst a thankless year.

That’s in addition to all the other goodies Pearl Jam have been delivering lately. Their massive new record, Gigaton, arrived in the early days of the pandemic as not just one of their best efforts in years, but one of 2020’s best releases. The band has also been doing their part to inform the voting public ahead of the election, including contributing a new song called “Get It Back” to a voters’ rights benefit compilation.

Along with the MTV Unplugged reissues, Pearl Jam will today also release a full video of their April 29th, 2016 concert at Philadelphia’s Wells Fargo Center. The three-hour, 32-song set is especially notable because PJ opened with a full performance of Ten. Newly mixed in stereo and 5.1 digital surround sound with full-color HD footage, the live film will stream via Nugs.tv beginning at 8:00 p.m. ET tonight through October 25th.

Hopefully, we’ll all be able to see Pearl Jam perform in person again sooner rather than later. They’ve already rescheduled a number of European tour dates for next summer, tickets for which can be found here.