Presenting the companion albums Circles and Swimming side by side 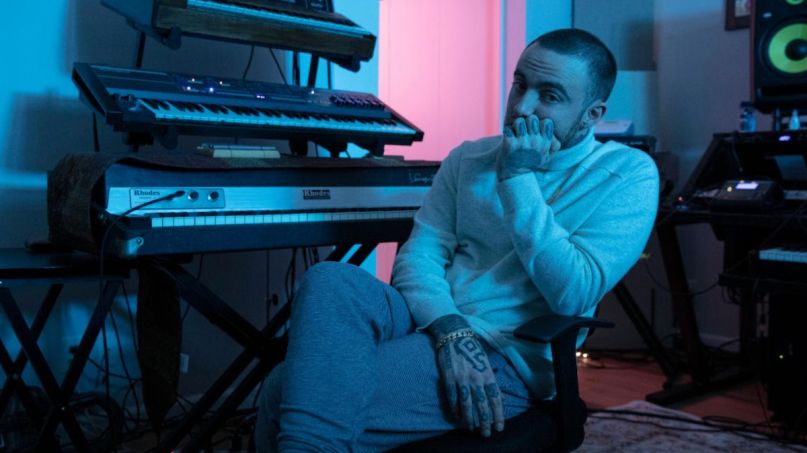 Due out December 18th via Warner Records, Swimming in Circles brings together the two studio LPs for the first time in a limited edition package. Miller always intended the efforts to be companion releases with a continuous narrative arc. For the new box set, each album will be pressed on double-12-inch vinyl, with Swimming coming on dark blue and Circles on light blue.

Housed inside a die-cut outer case, the box also includes a 12×12 booklet featuring archival photographs from the making of the albums, a 24×36 poster, and a six-panel lyric scroll. In conjunction with the announcement, Miller’s family has shared never-before-seen footage from the 2017 Swimming and Circles sessions in Hawaii. Take a look below.

Priced at $99.98, pre-orders for Swimming in Circles are available via Mac Miller’s webstore. Check out the artwork and tracklist below.

After releasing Circles in January, Miller’s family dropped a deluxe edition in March. The two new bonus tracks on that version, “Right” and “Floating”, are present on the new box set. A 10th anniversary edition of the K.I.D.S. mixtape also arrived in August, featuring the previously unreleased “Ayye” and “Back in the Day”.

Previous Story
Bruce Springsteen Announces Letter to You Documentary for Apple TV+
Next Story
Sheryl Crow: “If You Really Were Pro-Life, You’d Be at the Border Trying to Help”
Popular
More Stories
[fu-upload-form form_layout="media" title="Submit Your Photo"][input type="hidden" name="ugc" value="1"][/fu-upload-form]