A classic example of if you can't beat 'em, join 'em 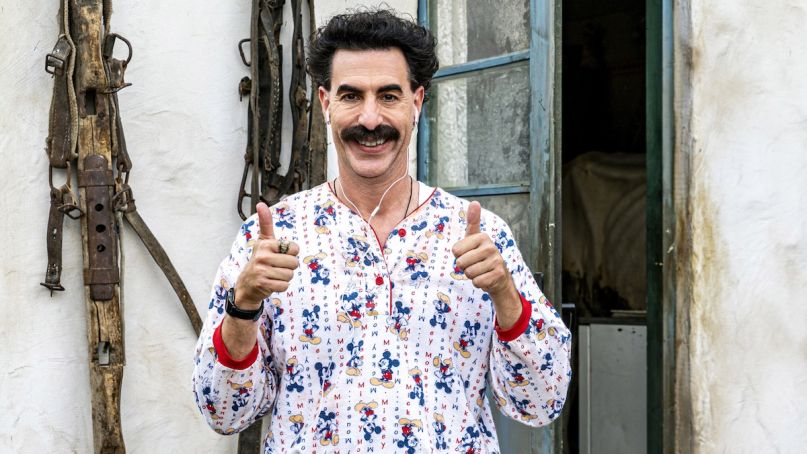 In a classic example of if you can’t beat ’em, join ’em, Kazakhstan has reversed course on its Borat stance. After years trying to distance itself from Sacha Baron Cohen’s satirical character, the country has decided to embrace his popularity by using his catchphrase “Very Nice!” as its new tourism slogan.

The Kazakhstan tourism board has unveiled a new series of ads that show visitors exploring all the country has to offer. As they marvel at the natural landscapes, architectural wonders, and delicious foods, each individual declares a satisfied, “Very nice!” Ridiculous accent not included.

“In COVID times, when tourism spending is on hold, it was good to see the country mentioned in the media,” the deputy chairman of Kazakhstan’s tourism board, Kairat Sadvakassov, told The New York Times. “Not in the nicest way, but it’s good to be out there.”

Sadvakassov added in a separate statement, “Kazakhstan’s nature is very nice. Its food is very nice. And its people, despite Borat’s jokes to the contrary, are some of the nicest in the world.”

Honestly, the ads do their job. Kazakhstan looks positively lovely in the spots, filled with impressive cities, vast markets, and beautiful views. Very nice, indeed. Check it out in the video below.

Of course, the tourism board’s embracing of Borat doesn’t mean the rest of the country has come along quite yet. The Kazakh American Association recently issued an open letter to Amazon Prime Video on Facebook, accusing Borat Subsequent Moviefilm of dangerously misrepresenting the Kazakh people. To date, an online petition calling for the movie’s cancelation has garnered over 100,000 signatures.