Best of Black Sabbath [Redux] is out October 30th 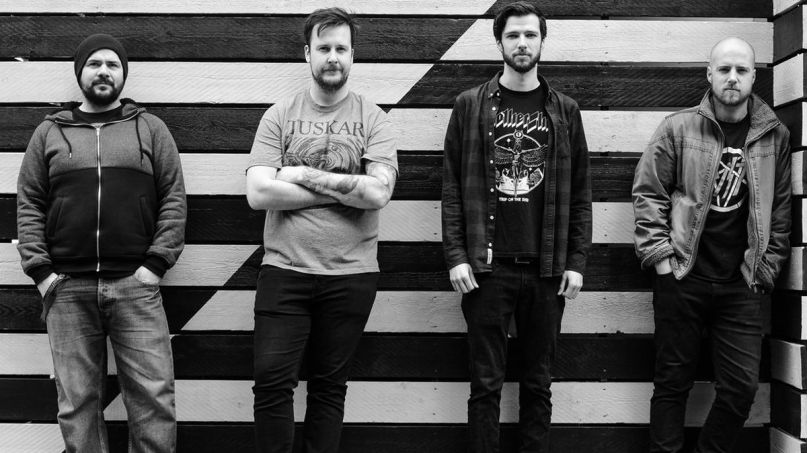 Over the past couple years, Magnetic Eye Records’ Redux series has spotlighted classic bands with compilations of cover songs by underground metal bands. The next iteration hones in on Black Sabbath, and UK doom metallers Elephant Tree are premiering their cover of the iconic “Paranoid” exclusively via Heavy Consequence.

Sabbath’s influence on bands like Elephant Tree is unquestionable, as the band members themselves will admit. Tony Iommi’s chugging downtuned riffs, the pounding boom-bap drums of Bill Ward, Geezer Butler’s expressive bass playing, and Ozzy Osbourne’s melodic vocals are each traits have become defining characteristics of doom and stoner metal.

“Sabbath have obviously been on all of our radars throughout our lives, we don’t think it’s possible to not hear them these days, and it’s becoming a bit cliche to say that they are an influence,” Elephant Tree drummer Sam Hart said. “Even so, they quite blatantly are an influence both directly and indirectly. So many bands are indebted to their style and influence on so many genres and that just goes to show how important they were as a band.”

Magnetic Eye’s Best of Black Black Sabbath [Redux] comp was fortuitous for Elephant Tree, who had already asked themselves if they could cover “Paranoid” and do it justice. Often considered Black Sabbath’s signature song, the track has also been cited as an influence on punk rock for its straight-ahead power chord riffage. Elephant Tree threw a curveball however, curbing the otherwise fast tempo. The results are something akin to slowing down a 45 RPM 7-inch single to 33 RPM speed, creating a sludged-out interpretation.

“It was actually a while back that we came up with the cover, after being asked to play a tribute night in Brighton,” Hart said. “We debated whether we could do justice to ‘Paranoid’, what with it arguably being the most recognizable Sabbath track. But after listening on repeat a few times (and with the help of more than a few beers) we started to form this idea of a really slowed down doomy version.”

Like the other Redux releases, the Best of Black Sabbath tracklist is sure to house a beloved band or two for heavy music fans, with Earthless (“Never Say Die”), Rwake (“The Rwrit”), and Solace (“Electric Funeral”) highlighting the 15-song offering.

Pre-order Best of Black Sabbath [Redux] on vinyl and CD via Magnetic Eye Records. Listen to Elephant Tree’s doomy take on “Paranoid” and check out the album artwork and full tracklist below.