Code Orange Announce “Back Inside the Glass” Halloween Livestream Show 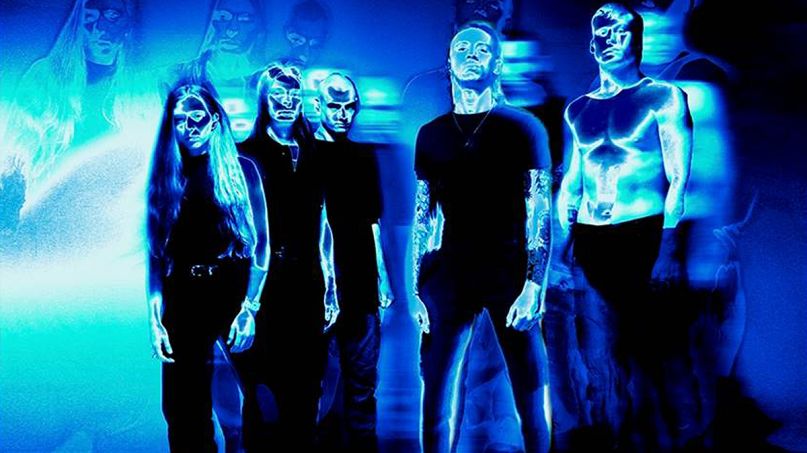 Code Orange mastered the art of the livestream during the pandemic, having already delivered two unique virtual concerts this year. The band has now announced a new Halloween event, “Back Inside the Glass”, which is billed as an “environmental experience.”

The event streams at 4:00 p.m. ET on October 31st. Tickets start at $15 and also grant access to a previously unreleased track, “The Cutter”, an outtake from Code Orange’s 2020 album, UNDERNEATH. What’s more, Code Orange won’t be alone, as the stacked bill also features Jesus Piece, Year of the Knife, and Machine Girl.

“We are very excited to present the next chapter of the Code Orange live streaming experiment,” vocalist Jami Morgan said in a press release. “We are hoping to deliver something on a whole new level with ‘Back Inside the Glass’ and are glad to have our brothers and sisters in Jesus Piece, Year of the Knife, and Machine Girl along with us.”

Added Year of the Knife bassist Madison Watkins: “In a world without touring, we have to keep pushing to find ways to connect and keep the momentum, and Code Orange is leading the pack in terms of innovating and creating new experiences.”

The livestream lineup mirrors a tour package that Code Orange were set to headline this past spring. The band released UNDERNEATH right as the pandemic hit and lockdowns were enforced across the world, upheaving a year of touring plans at the last second. Without any warning, Code Orange were forced to immediately pivot and improvise, devising the “Last Ones Left” streaming record-release show, where they performed to an eerily vacant theater.

They followed that with Unplugged love letter “Under the Skin”, a stripped-down performance in the vein of the popular MTV performance series. The stream even featured a pre-segment entitled “Mudbangers Ball” with original Headbangers Ball host Riki Rachtman. The pre-show featured music videos and interviews, mimicking the original program. Fortunately, Rachtman will return for “Mudbangers Ball Vol. 2”, airing prior to “Back Inside the Glass” at 3:00 p.m. on Halloween.

As Watkins said, Code Orange have fully embraced a seemingly digital existence as band, keeping their Twitch channel open to fan broadcasts, Q&As, and socially distanced collabs via the “You and You Alone” streaming series.

You can get tickets to the upcoming stream via Code Orange’s website. Watch the trailer and check out the poster for the event below.