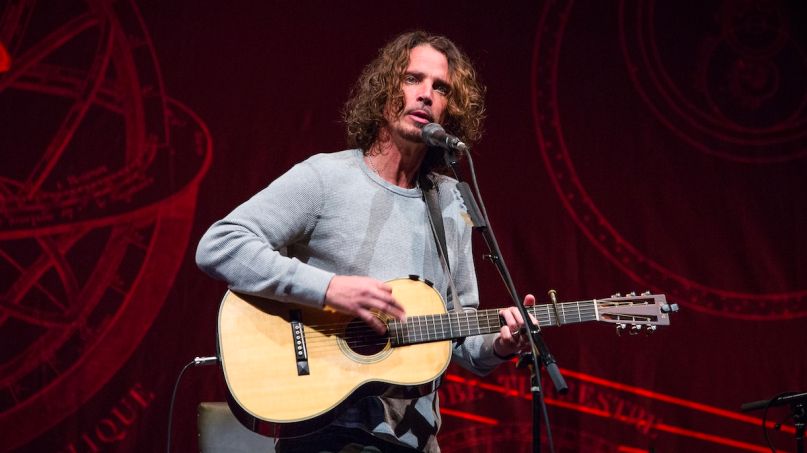 Cornell’s take on the GN’R ballad was released by his family on July 20th, in commemoration of what would have been the late rocker’s 56th birthday. The Soundgarden frontman recorded the song prior to his death in 2017 but it was never released.

“His birthday seemed the perfect time to share this and celebrate Chris, his voice, music, stories and art,” his family stated at the time of the song’s release. “It is true a man is not dead while his name is still spoken… and, through his art, an artist’s soul still burns just as bright as ever upon all those that look up to him and his memory. Releasing music that was special to Chris keeps a part of him here with us — his heart and his soul. His love and his legacy.”

As Billboard reports, the cover of “Patience” is the first Cornell solo song to reach No. 1 on the Mainstream Rock tally, which tracks radio airplay across the United States. Previously, he did hit No. 1 in 2015 as a featured vocalist on the Zac Brown Band song “Heavy Is the Head”.

With Soundgarden, Cornell earned six No. 1 singles on the Mainstream Rock chart from 1994 through 2013. He also scored two chart-toppers with Audioslave.

Interestingly, Guns N’ Roses only climbed as high as No. 7 on the Mainstream Rock chart with “Patience”, although the crossover hit did reach No. 4 on Billboard’s overall Hot 100 chart. The track was the only single released from the 1988 album GN’R Lies.

Last month, Cornell’s estate shared another unreleased song, “Only These Words”, in honor of his daughter Toni’s 16th birthday. Toni herself is an aspiring singer, having delivered impressive performances of Pearl Jam’s “Black” and Temple of the Dog’s “Hunger Strike” earlier this year. Meanwhile, Chris’ eldest daughter, Lily, started a weekly mental health interview series on IGTV in her father’s honor, recently welcoming in Eddie Vedder as one of her guests.

Watch the video for Chris Cornell’s cover of “Patience” below, and download the single here.