Black Thought Performs “Quiet Trip” and “Nature of the Beast” with Portugal. The Man on Fallon: Watch

In support of his recently released Streams of Thought, Vol. 3: Cane & Able 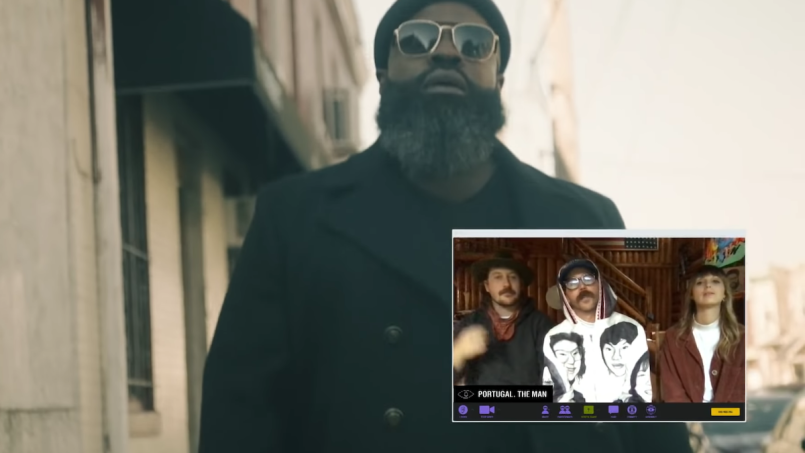 Black Thought and Portugal. The Man on The Tonight Show Starring Jimmy Fallon

The Roots have long served as Jimmy Fallon’s resident house band on The Tonight Show. But on Wednesday, Roots member Black Thought was the one to take centerstage. In support of his recently released Streams of Thought, Vol. 3: Cane & Able, he performed a medley of two of its songs, “Quiet Trip” and “Nature of the Beast”. He was accompanied by both of the tracks’ collaborators, Portugal. The Man and The Last Artful, Dodgr.

For the performance, all three artists broadcast from their own lockdown locations. But instead of a simple Zoom call — with a plain Brady Bunch-like screen of boxed faces — Black Thought took a super creative approach to quarantine-style streaming.

Various mini videos showing the musicians popped up in random, scattered fashion, as though we were watching Black Thought fiddling around with his desktop in real-time. Sometimes the screen was filled with multiple versions of Black Thought recording himself on an iPhone. Watch the full thing below.

Streams of Thought, Vol. 3 also features Pusha-T, Killer Mike, Swizz Beatz, and ScHoolboy Q. Recently, Black Thought appeared on This Must Be the Gig to discuss his pre-show routines and the influence of Bruce Springsteen, and you can find that conversation at the bottom of the post.