The new single boasts backing vocals and guitar from Clairo 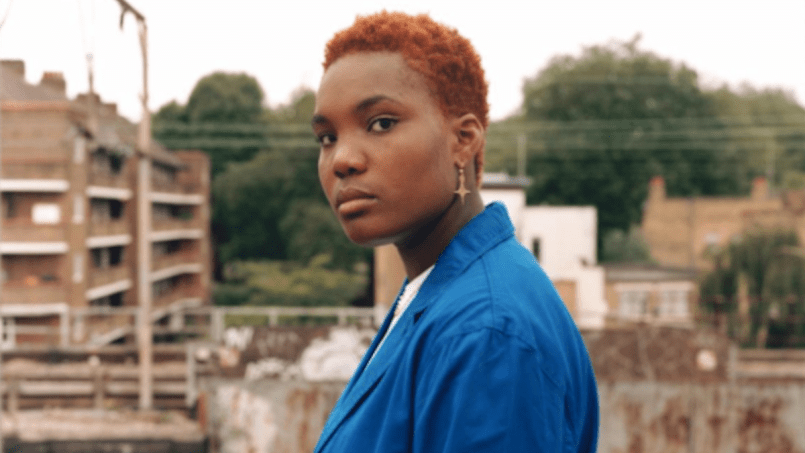 Parks has developed a reputation as your favorite songwriter’s favorite songwriter, with co-signs from Billie Eilish, Phoebe Bridgers, and Florence Welsh. Her breathy voice and sensitive lyrics create an atmosphere of vulnerability. To listen to her songs is to be transported to a specific place and time: listening to a friend’s problems over Taco Bell, or trying to get a depressed person out of their bedroom. That immediacy is why her first album-length statement has developed such a buzz.

In a statement, Parks explained the goals for Collapsed in Sunbeams, which involve “storytelling and nostalgia.” She said,

“My album is a series of vignettes and intimate portraits surrounding my adolescence and the people that shaped it. It is rooted in storytelling and nostalgia — I want it to feel both universal and hyper specific.”

That’s certainly true of new single “Green Eyes”, which boasts backing vocals and guitar from Clairo. Parks instantly sets the scene: “Summer in my eyelids/ Eating rice and brains/ Painting Kaia’s bedroom/ Think she wants it green.” From there, she spins a tale of adolescent love that quickly wilts under parental disapproval. Yet for all that, Parks’ tone is understanding and gracious; she knows exactly why her lover behaved the way she did, and all is forgiven. As the songwriter herself said, the song is “supposed to uplift and comfort those going through hard times.”

The accompanying music video was directed by Louise Bhose. It shows Parks in a variety of settings — sitting in a park, lying on the floor, eating at a table — but there’s always something interesting happening just out of frame, or angled away from the camer. Viewers get limited glimpses, but we never see it all. It’s a visual representation of one of the song’s themes, which is that we can only experience things from our own perspective. Check out “Green Eyes” below.

Collapsed in Sunbeams breaks through the clouds on January 29th, and pre-orders are off and running. Previously, Parks shared the singles “Hurt” and “Black Dog”. She’s recently become a frequent guest on BBC Radio 1, accompanying Phoebe Bridgers for a cover of Radiohead’s “Fake Plastic Trees”, and appearing by her lonesome to take on Billie Eilish’s “my future”.