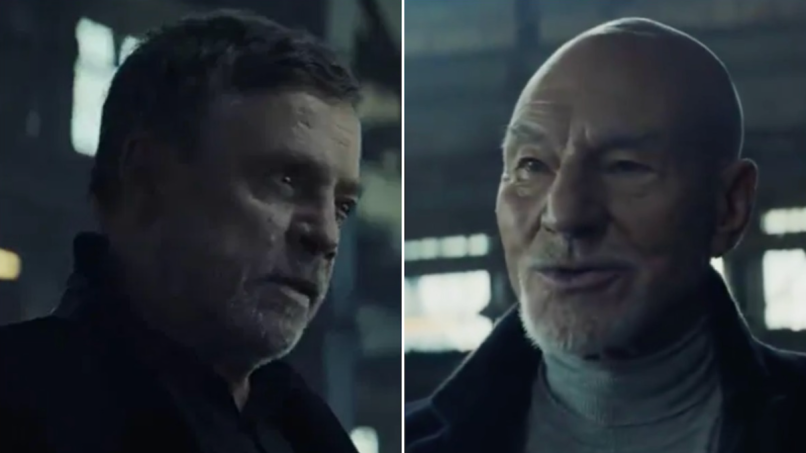 May the force be with Uber Eats. The food delivery app has just released a new commercial, and it features a Star Wars and Star Trek crossover we never could have predicted.

In the video, Mark Hamill and Patrick Stewart emerge from the shadows of a dark warehouse to face off. What’s so urgent that Luke Skywalker and Captain Jean-Luc Picard would leave lockdown and duel? Tomatoes. Specifically, the correct pronunciation of the word.

Is it “tomahto” or “tomayto”? Who will survive this showdown? In addition to seeing these two legendary actors dramatically debate food, the clip includes a few funny lines referencing their respective franchises. At one point, Stewart asks Hamill how he plans to win without help from his father. In a nod to that classic Darth Vader scene, Hamill replies, “I am my daddy.” And yes, it sounded just as weird as you’d expect.

Watch the full thing below.

Hamill had a secret cameo in an episode of The Mandalorian this past spring. As for Stewart, earlier this year he reprised his iconic role in Star Trek: Picard, one of 2020’s must-see TV shows.