Song of the Week: SZA Simmers with Infatuation on Surprise Single “Hit Different” 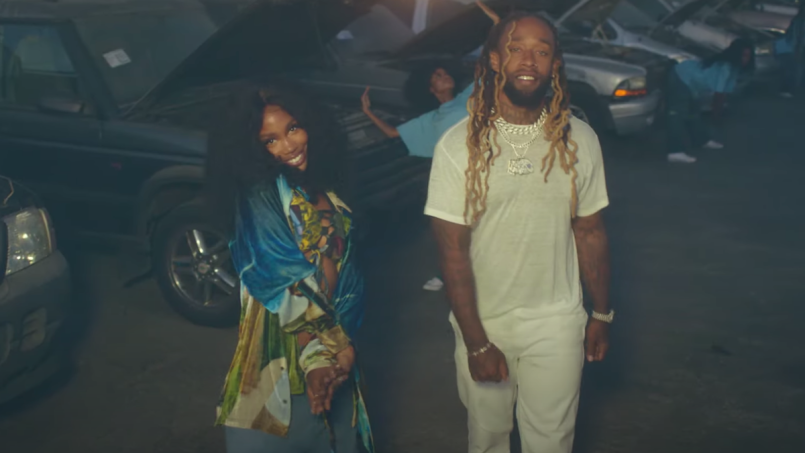 Stardom didn’t come immediately for SZA, nor did she take a path most would associate with a typical rise to fame and fortune. Long before she began topping charts, earning Grammy noms, or collaborated with Kendrick Lamar on Consequence of Sound’s 2018 Song of the Year, “All the Stars” (from the Black Panther album), the singer-songwriter — raised orthodox Muslim and later studied as a marine biology major — was honing her craft, developing her voice, and slowly building a fan base and reputation. If industry stories are to be believed, SZA worked so hard and obsessively on her game-changing debut, 2017’s Ctrl, that her label finally had to take the recordings away from her out of fear that the artist’s perfectionism would indefinitely shelve the project.

All of these experiences have led SZA to being not only the type of artist who can drop a single and watch it go viral in a matter of hours, but one who can live up to that level of hype with a poise, polish, and perspective that tacitly promises that there’s plenty more to come. “Hit Different”, her surprise new single featuring Ty Dolla $ign and production from The Neptunes, feels as natural and flawless as any of her finest collaborations, a testament to both her talent as a songwriter and her ability to temper her performance perfectly to the material at hand. “Can’t trust decision when you near me/ Get myself caught in your crossfire,” SZA admits in her second verse. “You a wild one, and I’m wading in you like it’s cool water.” Her voice absolutely simmers without ever feeling overwrought or performative. SZA is an absolute master at “playing it natural” and sincerely making us believe that she’s singing about that one person out there who makes her go both weak in the knees and against her better judgment.

The accompanying video also marks the artist’s directorial debut. While SZA and her dance team move to the slow beat and somehow manage to make junk yards, barnyards, and hay bales spots ripe for a song about infatuation, the real reward of the video is that the song finds an extra two minutes of SZA after the regular track’s final swell and fade. “Got me at war in my mind!/ Gotta let go of weight, can’t keep what’s holding me!” she concludes during the song’s final moments and what feels like a necessarily cool-down from the track’s earlier steam.

Like the release itself, all of this comes as a surprise at a time when most of the industry believed label conflicts might delay the artist from releasing new music. Suffice it to say, after “Hit Different”, we’re ready for SZA’s next surprise.