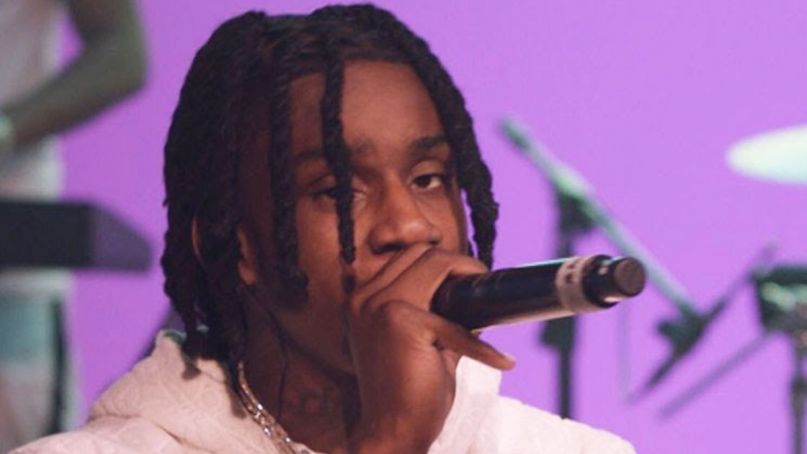 Four months after releasing his excellent sophomore full-length, The Goat, Polo G finally crossed the cable lines. The Chicago rapper made his television debut on Monday night with a performance of “Martin & Gina” on Fallon.

On a stage as crisp white as his outfit, Polo G was backed by a full four-piece band. With soft lights cycling through colors around him, he demonstrated the strength of his consistent, quavering vocal style. He also showed appreciate for his rise, ending the performance by saying, “Shout out to my band for rocking out with me, and thanks Jimmy Fallon for having me.”