Plus they were joined by Robert DeNiro, Florence Pugh, and more 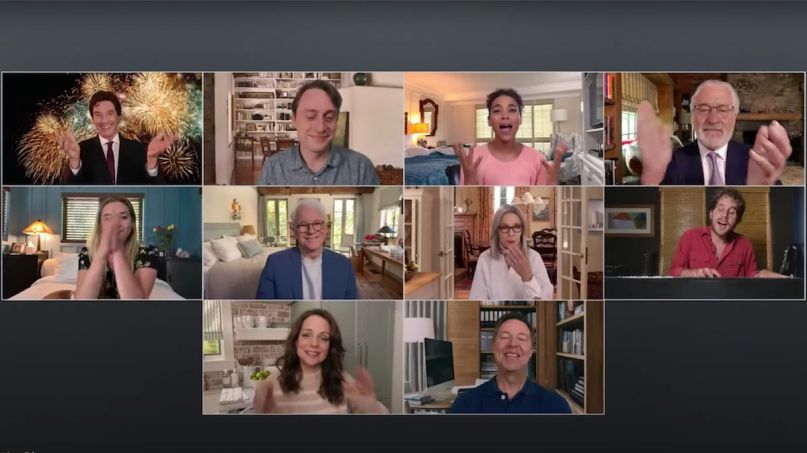 The cast of Father of the Bride reunited for the first time in 25 years (!) on Friday. The all-star group of actors got back together for Father of the Bride Part 3 (ish), a “special sequel” that caught up with the Banks family over a Zoom call for a wedding-related announcement.

There to host for the modern family gathering was Reese Witherspoon. And because the miniature sequel is supposed to take places years down the road, the ensemble was expanded to include several new faces, with Alexandra Shipp, Ben Platt, Florence Pugh, and Robert DeNiro all joining the fold. We won’t spoil anything, but make sure to watch until the very end of the clip — there’s a special musical performance that will make your heart swell.

Watch the full video below.

Father of the Bride Part 3 (ish) was organized by Netflix with the aim to raise money for the World Central Kitchen, a nonprofit that serves meals to children, families, seniors, and frontline workers during the ongoing COVID-19 crisis. Viewers who would like to chip in can donate at the organization’s website.

This is the latest in a string of delightful virtual reunions that have taken place during the coronavirus pandemic. Already this year, the cast of movies like Back to the Future, Lord of the Rings, Scott Pilgrim vs. The World, Ghostbusters, and Princess Bride got back together to film extensive table reads, reflect on old memories, and bring friends together during a time of social distancing.