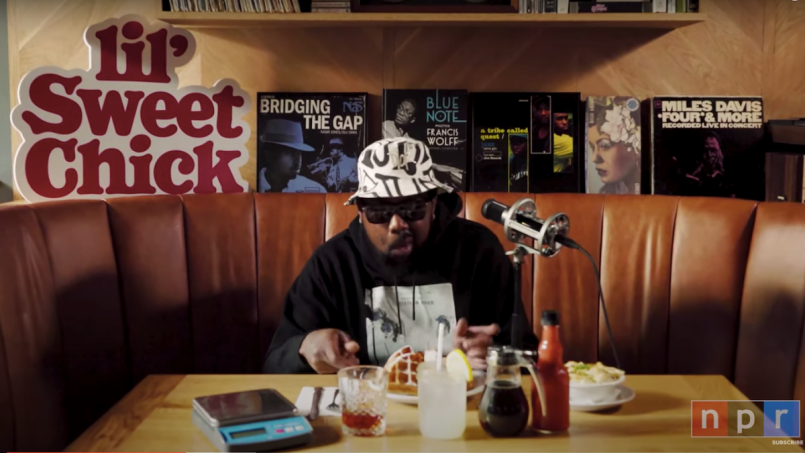 As Conway the Machine demonstrates on his new NPR Tiny Desk (Home) Concert, he’s equally comfortable posting up in the recording booth as he is in the corner booth of a friendly chicken and waffles joint.

On location at Sweet Chick in Queens, New York, the Machine powered through a five-track set that drew heavily on his excellent new album From King to a God. He also received tableside service, gratefully accepting a plate of the house special and a side of mac and cheese.

He kicked things off with two FKTG cuts, “Lemon” and “Front Lines”. Before this latter rendition, he explained how the killing of George Floyd impacted him, saying,

“I got inspired to do this record kinda like… well, it didn’t start with the George Floyd killing, it’s been going on. But that one in particular, it kind of touched me and hit home. I just wanted to weigh in on my perspective. I’d be at home, watching the news and everything, I was going in. It just kinda inspired to make this record and speak about the climate that’s going on in this country, everything with the social injustices and the Black Lives Matter movement. I wanted to give you a perspective from one of the upset, angry protestors: We’re tired of this. We’re tired of these unjustified killings. We’re tired of this racial injustice. We’ve had enough.”

From there, Conway performed his collaboration with The Alchemist, “OverDose”, followed by the deeply personal tragedy of “The Cow”, and he closed with FKTG banger “Anza”. Peep the full performance below.