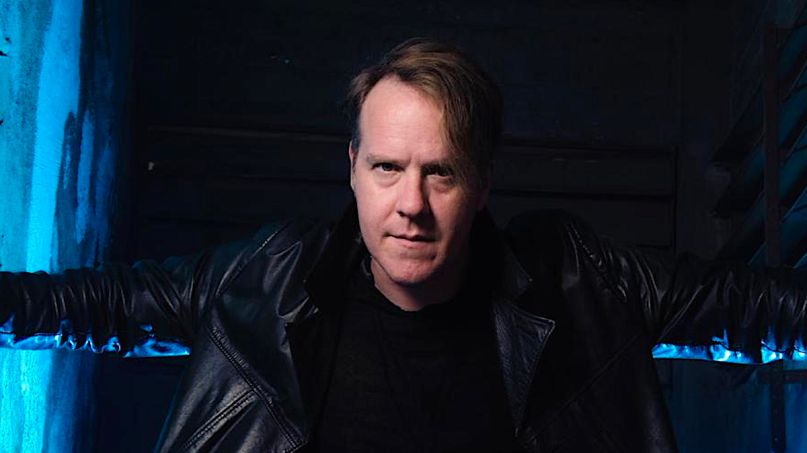 Veteran industrial metal act Fear Factory are without a singer after founding frontman Burton C. Bell quit the band on Monday (September 28th). In an open letter posted on his official website, Bell listed a number of grievances that led to his decision.

Bell’s departure comes a couple weeks after Fear Factory launched a GoFundMe campaign to support work on their new album. The fund-raising effort seemed to be spearheaded by guitarist Dino Cazares, with Bell insisting, “Let me be clear: I am not part of, nor am I benefitting from, any GoFundMe campaign.”

That dispute came after a long legal battle between Bell and former members Christian Olde Wolbers and Raymond Herrera over the Fear Factory name. As Bell points out in his letter, the legal wrangling and recent developments within the band led him to step away from the outfit he started in 1989:

“IN MY OWN WORDS

The past several years have been profoundly agonizing, with these members bleeding my passion with depraved deceit. As a direct consequence of their greed, these three have dragged me through the unjust, judicial system, resulting in the legal attrition that has financially crippled me. In the end, these three members have taken possession of my principal livelihood. However, they will never take my 30-year legacy as the beating heart of the machine. A legacy that no other member, past or present, can ever claim.

So, it is after considerable, contemplative soul searching that I have come to the realization that I cannot align myself with someone whom I do not trust, nor respect. Therefore, I am announcing to my fans my departure from Fear Factory, to focus all my energy and attention toward the continuing success for Ascension of the Watchers, and all my future endeavors.

I am very proud of the Ascension of the Watchers’ latest album, APOCRYPHA. The writing and recording process for APOCRYPHA has been a truly cathartic and artistic journey of exploration and growth for me. Reigniting my passions for my writing, allowing my music to flourish, enabling my soul to soar, saving me from the real hell that engulfed a significant part of my daily life. Collaborating with talented, kindred spirits has truly created an inspirational environment of support and mutual respect, a spirit I have missed for a very long time.

I would like to thank all of my fans for their continued support throughout my career. I am very proud of my achievements, but, it is time for me to move forward. Now I look to the future with open eyes, open mind and open heart, as my artistic path strives for even greater success in music, writing and my art. It’s true, “the end is always the beginning”. The soul is free from the machine. – Burton C. Bell”

Fear Factory have released nine studio albums to date, with their best-selling effort being 1998’s gold-certified Obsolete. Bell is reported to have already recorded vocals for the band’s upcoming LP, which has been tentatively titled Monolith and has been in the works for a few years. The band previously broke up briefly in 2002 before reuniting the next year, and went on hiatus in 2006 before getting back together in 2009.

With Bell’s departure, Cazares and drummer Mike Heller are the only two permanent members of Fear Factory remaining in the group. As Bell mentioned in this open letter, he will now shift focus to his other band, Ascension of the Watchers.

Remember the better days for Fear Factory with the video for their 2001 single “Linchpin”: