The Bangtan Boys' first live-band performance of "Dynamite", along with "Spring Day" and "Save ME" 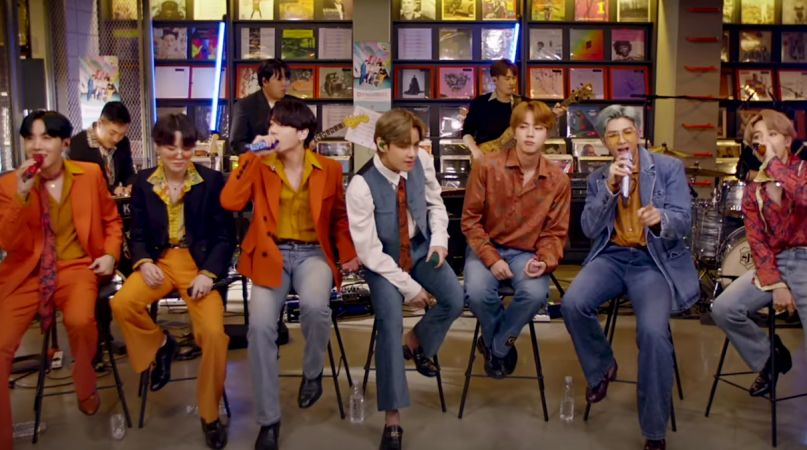 Well, they finally went and did it. NPR got arguably the biggest pop band in the world, BTS, to sit down for the latest edition of the Tiny Desk (Home) Concert series.

Performing from Seoul’s VINYL & PLASTIC record store, The Bangtan Boys delivered an intimate three-song set with members of their touring band. They opened with their chart-topping, history-making single “Dynamite”, their first song sung entirely in English. Though the septet have performed the track everywhere from the VMAs to The Today Show, the Tiny Desk rendition marked the first time they’ve done so with an actual live band.

BTS went on to sing two “throwback” tunes: a slightly different arrangement of 2016’s “Save ME” and their 2017 ballad “Spring Day”. The latter song is all about fighting through hard times to make it to brighter days, making it a fitting closer for 2020. “It’s been the roughest summer ever,” RM said as the first notes came in, “but we know that spring will come, so let’s go together.”