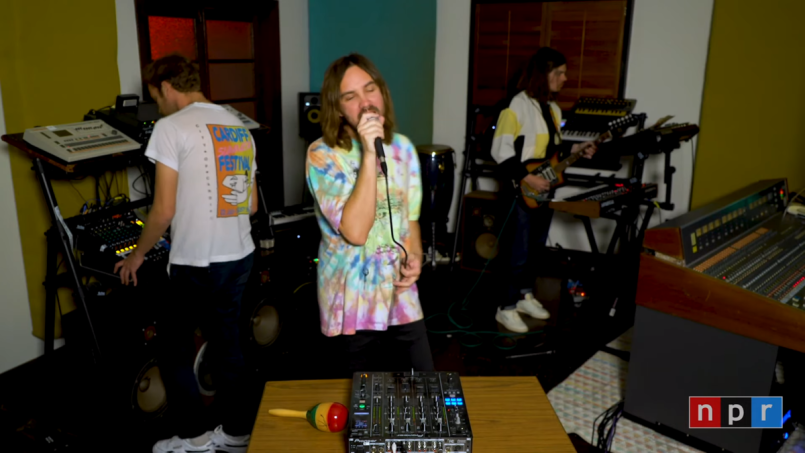 Dubbed “Tame Impala Soundsystem” by bandleader Kevin Parker, the set saw him and his bandmates, Jay Watson and Dominic Simper, recreating their psychedelic rock sound with various sequencers and samplers. It’s essentially Parker & co. remixing their own material, or as Parker put it in a statement to NPR, an “electronic jam” session.

The setlist consisted of “Breathe Deeper” and “Is It True” from their 2020 album The Slow Rush, as well as the 2019 one-off single “Patience”. For a band that’s so well established as a festival staple, they do a really nice job at deconstructing these songs for a more intimate and low-budget setting.

Watch the full set below.

The Tiny Desk performance comes at a time when Parker has been taking Tame Impala, who were once heralded as guitar revivalists, in a more electronic direction. Back in May he dropped an 18-minute remix of Slow Rush opener “One More Year”, and last month he remixed rapper 070 Shake’s “Guilty Conscience”. Last week, he even caught the ear of British electronic producer Four Tet, who dropped his own remix of Tame’s “Is It True”.