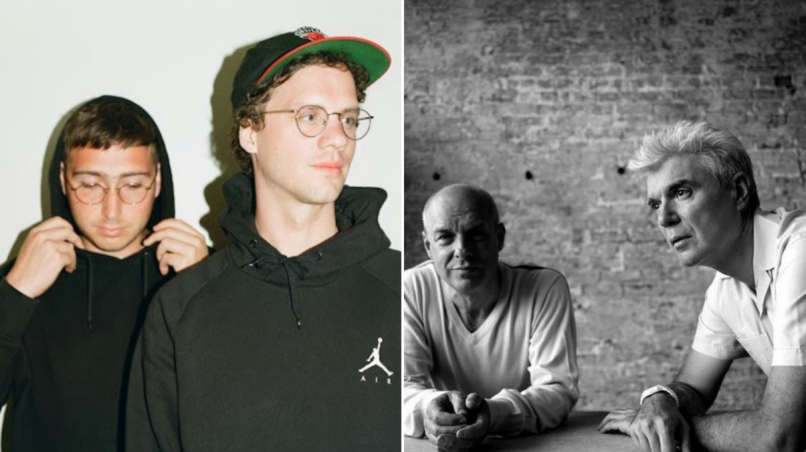 Later this month brings the arrival of Candid, a new covers album from Whitney. Already fans have heard the indie rockers rework classic tracks from John Denver, SWV, and The Roches. Now, the beloved Chicago outfit is tackling the musical gold of David Byrne and Brian Eno.

Whitney specifically reimagined the gospel-tinged “Strange Overtones”, from Byrne and Eno’s second collaborative album, 2008’s Everything That Happens Will Happen Today. In a statement, guitarist Max Kakacek talked about the band’s time in the studio and the decision to include a special piano solo,

“The most fun part of recording this was figuring out the solo. Malcolm [Brown] slayed it on the piano and having him tackle it made so much sense even though this is the first time we’ve ever had a keys solo on a recorded track. I remember after his take, which killed, he said, ‘I went into it thinking Bruce Hornsby but I came out of it thinking Bruce Springsteen.’”

Stream Whitney’s take on “Strange Overtones” below. Candid is out August 14th via Secretly Canadian and available for pre-order here.

Last summer, Whitney released their acclaimed album Forever Turned Around. During a recent appearance on Kyle Meredith With…, they spike about the LP, its connections to anxiety, environment, travel, and life in your 20s. Revisit the conversation below.

One more from “Candid” dropping tomorrow. Can you guess what it is? 🧡 pic.twitter.com/24MgnPXx2a