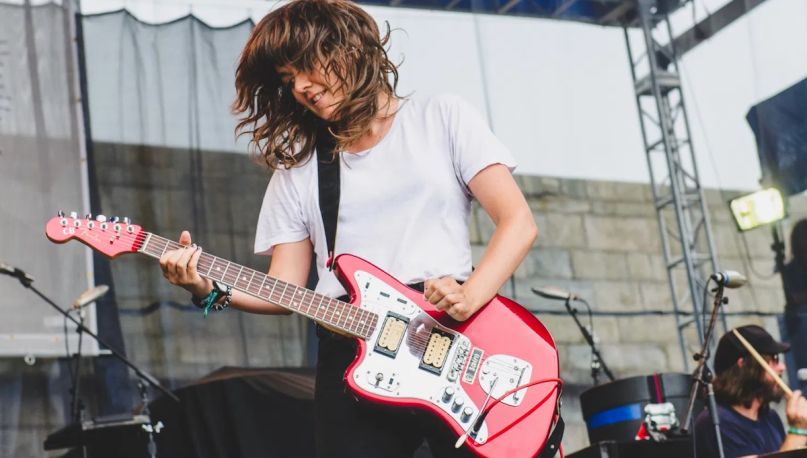 The coronavirus derailed Courtney Barnett’s plans to tour with Nick Cave this past spring, but she’s managed to keep plenty busy while on lockdown. She appeared on a remotely recorded episode of The Tonight Show in May, as well as covered Gillian Welch with Phoebe Bridgers during the virtual version of Newport Folk Festival. Now, the indie rocker has contributed to a new tribute album honoring Kev Carmody, a veteran folk songwriter and fellow Australian.

Barnett specifically tackles “Just For You”, which Carmody originally released as part of a 2015 compilation. It’s a gently lilting song with sweet lyrics like “I carry your spirit within my heart” and “I love you beyond reason.”

In a short interview clip with Carmody, he calls the track “a love song for everybody.” He also takes note of Barnett’s rendition and says he’s “very impressed” with the Sydney-born artist.

Check out Barnett’s cover down below, followed by video of that interview.

The tribute album to Carmody, Cannot Buy My Soul, was initially released in 2007, but has since been revamped for re-release on August 21st. This updated collection comes “with new recordings of his songs and his ageless contribution to the BLM movement celebrating Indigenous song writing,” as well as additional covers from Kasey Chambers & Jimmy Barnes, Kate Miller-Heidke, Alice Skye, and more.

Previous Story
New David Bowie Live Album Something in the Air to Be Released on August 14th
Next Story
Icona Pop Have All the “Feels in My Body” on New Single: Stream
Popular
More Stories
[fu-upload-form form_layout="media" title="Submit Your Photo"][input type="hidden" name="ugc" value="1"][/fu-upload-form]