As performed backstage during her MASSEDUCTION Tour 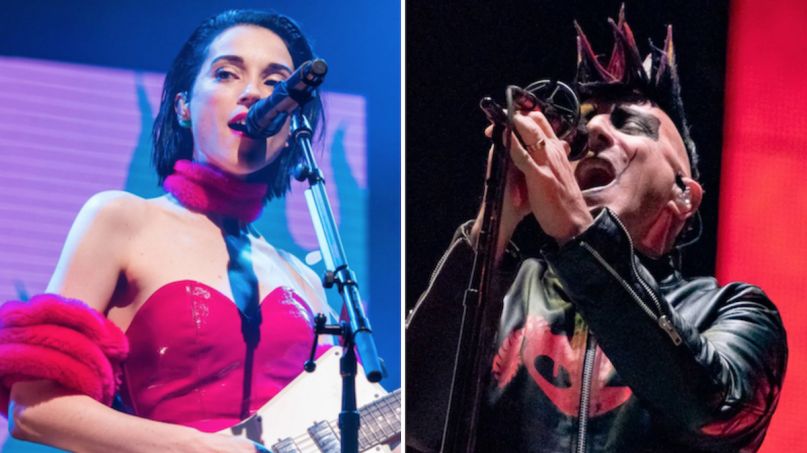 Remember what it was like just getting ready for a concert? Deciding what to wear, figuring out when and where you’d be getting food, picking a meeting spot with your friends — we all had our pre-show rituals. Performers have their own, as well, and they’re surely longing for it as much as we are. St. Vincent has decided to revisit those good ol’ days by sharing a clip of herself covering Tool’s “Forty Six & 2” during a pre-show warm-up.

According to Annie Clark, the footage comes from backstage during her 2017 solo tour behind MASSEDUCTION. “Pink bunnysuit hanging in background,” she noted on her Instagram post, referring to the familiar stage outfit she wore during that period. “Will always love this band. Miss you guys.”

The video finds St. Vincent backstage plucking out the Ænima cut, putting her own unique vocal spin on Maynard James Keenan’s lyrics. Unfortunately, the clip cuts right as she hunches over her instrument for the solo, but hearing her sing, “My shadow’s shedding skin/ I’ve been picking my scabs again” is still pretty awesome.

Watch the video below. Clark also recently filmed herself “fumbling” through Led Zeppelin’s “Stairway to Heaven”, which is certainly worth a watch.

Editor’s Note: Check out the T-shirts and face masks available on the Consequence of Sound store. Proceeds go to CoS, an independent media company, and MusiCares’ COVID-19 Relief Fund.