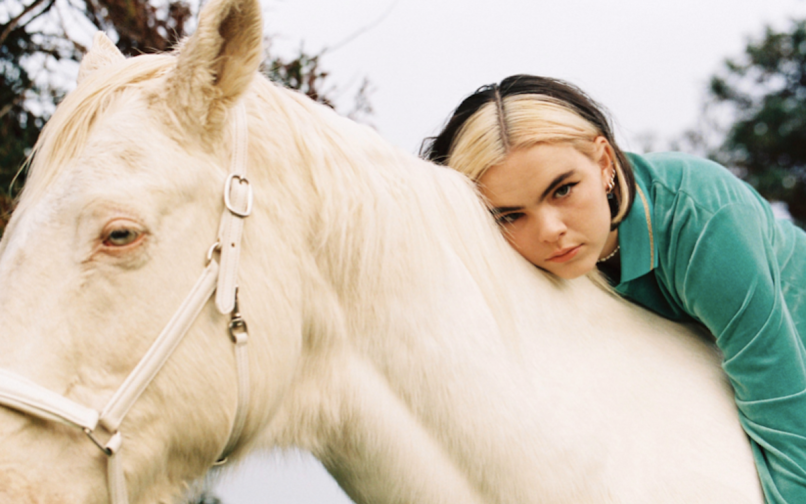 Benee, photo by Harry Were

This year, 20-year-old pop sensation Benee scored her first Billboard Top 40 hit with the winter single “Supalonely”. That’s a nice accomplishment, but now the New Zealander is trying to do it again with the release of her summery new song “Snail”.

Her quick rise has followed a path that is at least familiar, though still surprising every time it happens. In 2017 she was an anonymous high school senior posting covers to SoundCloud. In 2018 her original song “Soaked” went viral, in 2019 she won four New Zealand Music Awards, and now in 2020 she’s become an international star. Her latest release “Snail” isn’t just a catchy pop bop, it’s a bid for world domination.

The lyrics are simple enough. In the verses, Benee leads a call to come outside and play, while during the chorus she explains that, like a snail, she only appears at night and when it rains. “I’m like a snail, you’re a guy. Kinda mad I can’t fly/ When it’s day, hideaway, but come out when it rains.” The hook is as compact and memorable as a pom-squad cheer, and good luck getting it out of your head. Check out “Snail” below.