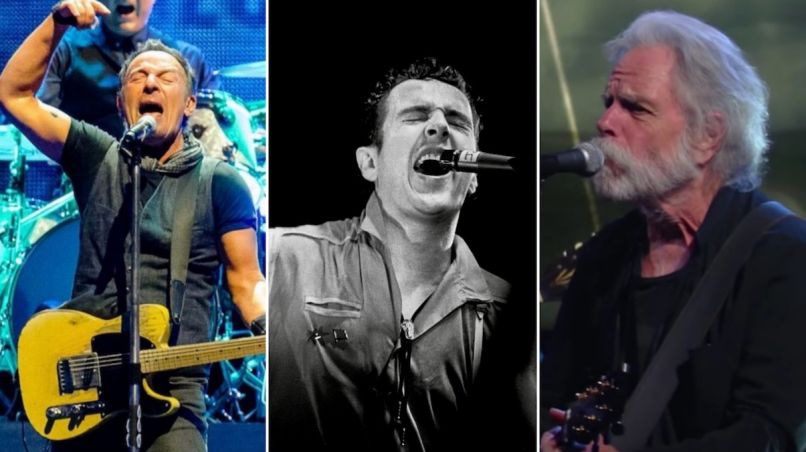 Earlier this year marked the 40th anniversary of The Clash classic London Calling. In further celebration of the band and its iconic frontman Joe Strummer, a star-studded livestream tribute concert has been announced.

“A Song for Joe: Celebrating the Life of Joe Strummer” takes place on Friday, August 21st, on what would have been the punk rock legend’s 68th birthday. The virtual event promises never-before-seen live footage of Strummer, along with appearances and performances from Bruce Springsteen, Bob Weir, Lucinda Wiliams, Josh Homme, Tom Morello, and Brian Fallon.

“To see so many musicians and artists come forward to honor Joe is really touching,” Lucinda Tait, Strummer’s wife, commented in a statement. “Community was always important to him. Whether it was playing music with friends, organizing all night campfires, or hijacking festivals, Joe was always focused on bringing people together. Even though we can’t all be in the same room together, I could not think of a better way for us all to feel united. Joe would have loved this.”

“A Song for Joe” was organized and produced by Jesse Malin in collaboration with radio DJ Jeff Raspe and Strummer’s estate manager, David Zonsine. In addition to commemorating Strummer’s legacy, the two-hour livestream doubles as a benefit show to raise money for Save Our Stages, an organization that’s been supporting independent venues during the pandemic.

The tribute livestream will air below and over on Strummer’s website beginning 3:00 p.m. ET this Friday, August 21st.