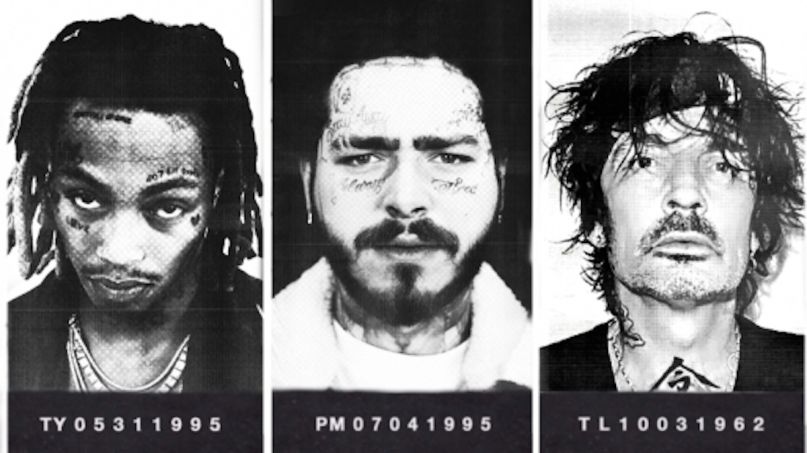 Last month, rapper Tyla Yaweh released a track called “Tommy Lee”, featuring Post Malone. Now, the pair have teamed up with the Mötley Crüe drummer himself on a remix of the song.

Tommy Lee initially spoke of his involvement prior to the release of the original track, which caused some confusion as to whether he appeared on that version. However, it was obvious upon first listen that Lee’s drumming wasn’t on the original song.

Now, the remix comes along with a music video that features Lee and Yaweh performing the song in the Mötley Crüe drummer’s studio. Along with Lee’s drumming, Rob Zombie guitarist John 5 was called in to add guitar and bass, turning the laid-back hip-hop original into a heavy banger.

“I was humbled that Tyla and Post chose to name a song after me,” says Lee in a press release. “I couldn’t wait to get my hands on it with them and give it my spin. We had a blast! They are the new rockstars! I love them both!”

Yaweh adds, “I’ve got a legendary track with this bad ass rockstar Tommy Lee and my brother Post Malone. This track is so special to me!”

Lee previously teamed up with Malone on the track “Over Now”, which appeared on the latter’s 2018 album, Beerbongs and Bentleys.

In addition to collaborating with Yaweh and Malone, Lee is also getting ready to release a new solo album, titled ANDRO, which is due in October and can be pre-ordered here. He unveiled two songs from the album in early June.

Lee was also supposed to embark on a reunion tour with Mötley Crüe this summer, but it has been rescheduled to 2021 because of the COVID-19 pandemic.

Watch the video for the “Tommy Lee” remix below, followed by our recent two-part interview with Tommy Lee over Zoom.