The Muppets Virtually Reconnect in New Teaser for Disney Plus’ Muppets Now: Watch

Unscripted series debuts on the streaming service on July 31st 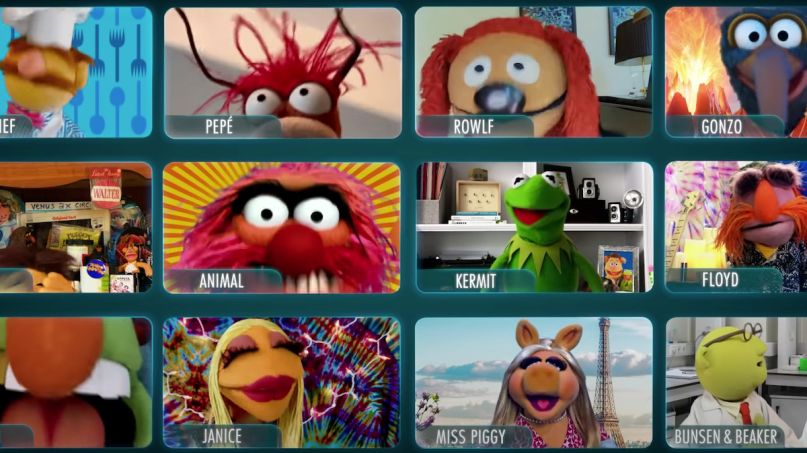 It’s time to light the lights, because The Muppets are back with a brand new series, Muppets Now. Debuting July 31st on Disney+, the unscripted show is being teased today with a new video featuring Kermit and the gang on a video chat.

Officially the beloved characters’ “first-ever streaming show,” Muppets Now will see everyone’s favorite Jim Henson creations in an entirely new unscripted setting. Segments in each “muppisode” will range in topics from lifestyle, gameshows, interviews, cooking, and science, according to the teaser clip. There will also be a number of celebrity guests, though no specifics were mentioned in a press release beyond “entertainers, comedians, chefs, and more!”

The trailer includes appearances from all the major Muppet players: Miss Piggy, Swedish Chef, Pepé, Rowfl, Gonzo, Dr. Teeth, and even Walter from 2011’s The Muppets and 2014’s Muppets Most Wanted. Fans are also introduced to the newest cast member, Joe the Legal Weasel, who “comes with the deal” for Muppets Now.

The first of Season One’s six episodes premieres July 31st on Disney+, with new episodes rolling out every Friday after that. The streaming service is also home to all the classic Muppet content. If you don’t have Disney+, you can sign up now, or bundle it with Hulu+ and ESPN+ for just six bucks more.

Watch the teaser preview below.