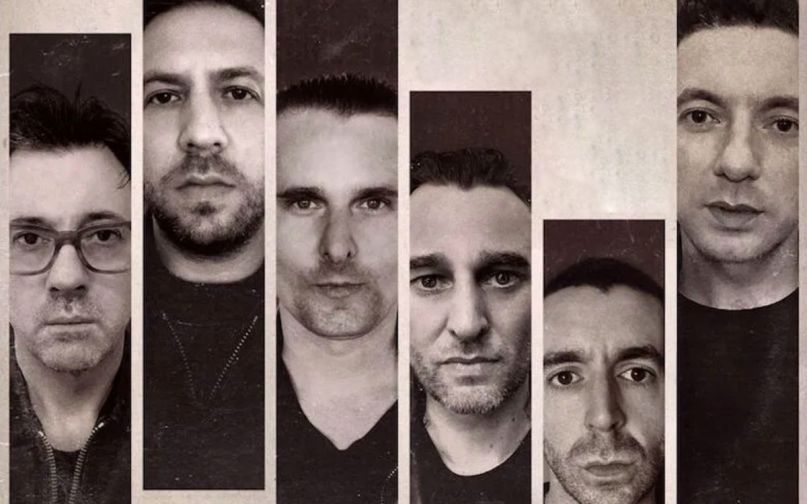 The Jaded Hearts Club, the new supergroup featuring members of Muse, Blur, and The Last Shadow Puppets, and Jet have announced their debut album. You’ve Always Been Here is due out October 2nd via Helium-3/BMG/Infectious Music, and is being previewed with a pair of cover songs in “We’ll Meet Again” and “Reach Out I’ll Be There”.

Rock veterans Nic Cester (Jet), Graham Coxon (Blur), and Matt Bellamy (Muse) feature in the band, as do Miles Kane (The Last Shadow Puppets), Sean Payne (The Zutons), and guitarist Jamie Davis. While their first-ever single came out just this past March, The Jaded Hearts Club were actually informally formed back in 2017, when Davis was in search of a Beatles covers band for his birthday party.

The available options were either too expensive or not up to par, so Davis turned to his own network of friends for help. “I realised I knew a bunch of half decent British musician friends living in L.A. so I thought I’d ask if they’d come together to form an early ‘60s Cavern-era Beatles band.” And so The Jaded Hearts Club were born.

The group played a few live shows during that time, with sets consisting mostly of Fab Four covers, but soon plans for an actual album came into focus with Davis and Bellamy leading the way. Inspired by their cover-filled shows, the band “decided to focus primarily on recording lost classics from the world of Northern Soul, supplemented by their raw, soulful takes on some famous standards from the era,” per a statement.

You’ve Always Been Here thus consists of 11 covers of “lost classics”, including originals by The Isley Brothers, Marvin Gaye, and Peggy Lee. Today’s preview finds The Jaded Hearts Club putting their spin on Vera Lynn’s “We’ll Meet Again” and The Four Tops’ Motown favorite “Reach Out I’ll Be There”. Bellamy mans the vocals on the former and Cester handles the mic on the latter offering, but both songs were actually recorded remotely amidst the pandemic.

“Jamie and I were FaceTiming a lot discussing how or even if we could carry on during lockdown, and we kept sending each other links to song ideas. We eventually stumbled across the legendary live performance ‘Reach Out’ by The Four Tops in Paris in 1967 which touched a deep nerve. It was pure joy, and uplifting energy – exactly what we needed to hear during the darkest initial few weeks of lockdown so we decided to try and do a cover of it somehow with our band members spread across 3 countries.”

Find both covers below, followed by the album artwork and full tracklist. Pre-orders for You’ve Always Been Here are ongoing.