System of a Down’s Shavo Odadjian Jams with Sepultura: Watch 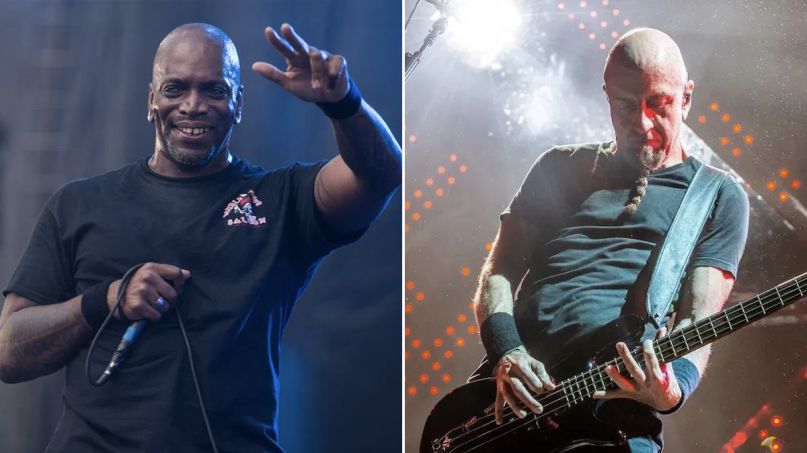 Sepultura have been inviting vaunted colleagues from the metal community to appear on their weekly “SepulQuarta” livestream. This week, System of a Down bassist Shavo Odadjian and Titãs guitarist Tony Bellotto guested on the stream for a Q&A and socially distant performances of Sepultura’s Chaos A.D. track “Biotech Is Godzilla” and the Bellotto-penned “Polícia”.

System of a Down and Odadjian go back a long ways with Sepultura, opening for the Brazilian thrash band and Slayer back in 1998. As for Bellotto, Sepultura would cover Titãs’ “Polícia” often in concert, including it as a bonus track on the expanded edition of Chaos A.D..

“Tony is a dear friend and the composer of ‘Polícia’,” Sepultura guitarist Andreas Kisser said, “a song we took all over the world jamming on tour. Shavo we know since the very first major tour System of a Down did in 1998 opening for Slayer and Sepultura in Europe. It was a blast!”

As with past “SepulQuarta” performances, Odadjian and Bellotto beam themselves in via webcam, playing along with pre-recorded tracks. Both the bassist and guitarist have fun with the songs, adding their signature styles to the old Sepultura concert staples.

Odadjian’s appearance on “SepulQuarta” made for a rare blip of music-related news from the outspoken System of a Down camp. His SOAD bandmate Serj Tankian has repeatedly blasted President Donald Trump for his response to the pandemic and the George Floyd protests, while SOAD drummer John Dolmayan has continuously praised Trump over the past few months.

The “SepulQuarta” livestream recurs every Wednesday at 3:00 p.m. ET / noon PT. Watch the video of Odadjian and  Bellotto’s socially distant performance from yesterday’s episode below.