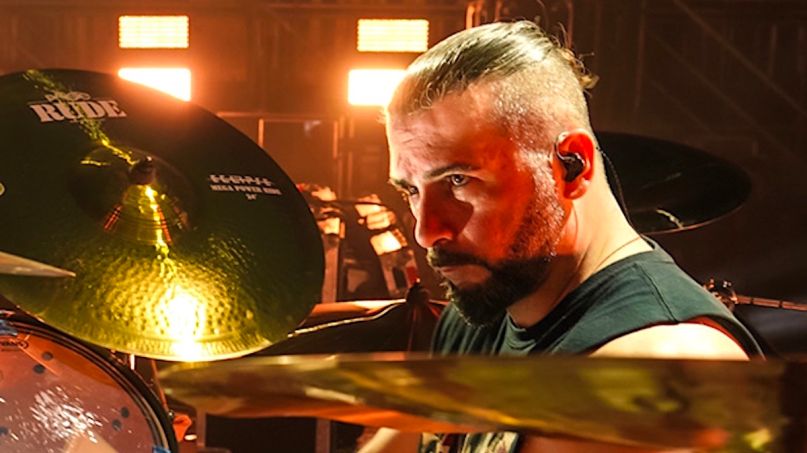 System of a Down drummer John Dolmayan has condemned Black Lives Matter in a new Instagram post, insisting the movement “never had legitimacy” and calling it a “propaganda tool” for the Democratic Party.

Dolmayan has been making headlines for the past few months with his right-wing sociopolitical commentary. On Monday night, he posted a picture of Secoreia Turner, an 8-year-old black girl who was killed over the weekend in Atlanta amid a wave of gun violence in the city.

Upon her death, Secoreia’s father exclaimed, “They say Black Lives Matter. You killed your own this time.” Atlanta Mayor Keisha Lance Bottoms added, “You can’t blame this on a police officer; you can’t say this is about criminal justice reform. This is about some people carrying some weapons who shot up a car with an 8-year-old baby. We are doing each other more harm than any police officer on this force.”

The photo of Secoreia that Dolmayan shared had the words “Say Her Name” above her image, and the phrase “BLM radicals murdered this young girl… for ‘crossing’ an illegally placed barricade” at the bottom of the picture. With his own words, Dolmayan lashed out at the Black Lives Matter movement as follows:

“The supposed black lives matter movement never had legitimacy in my view and were always a Democratic Party fundraiser and propaganda tool. Along with antifa they have shown themselves to be the enemy of the people of the United States and have adopted lawlessness emboldened by a sensationalist media and the moronic Hollywood elites who pander to them at every opportunity. They will be brought to justice but when? How many more innocents need to be murdered before we come to our senses.”

In the comments section, Dolmayan was accused of “downplaying systemic racism,” to which the drummer replied, “There is no systemic racism in the United States.”

Over the past several weeks, Dolmayan has called President Trump the “greatest friend to minorities” and dubbed the Democratic Party the “true bigots.” Meanwhile, his System of a Down bandmate Serj Tankian has been posting near-opposite views, calling for the end of the Trump regime.

Despite their “extremely polarized” political differences, Tankian defended Dolmayan’s right to speak his mind, saying, “Remember, irrespective of the stance, only artists that truly care and are impassioned will risk alienating their base for what they consider the truth.”

In another recent Instagram post, Dolmayan spoke out on the current movement to take down Confederate statues across the country. The drummer said that instead of toppling them, we should add statues of great Native American leaders and emancipated slaves who helped win the Civil War, explaining that “both our greatness and our failings should be remembered and recognized.”