Listen to "will i get cancelled if i write a song called, 'if you were a man, you’d probably be cancelled'" 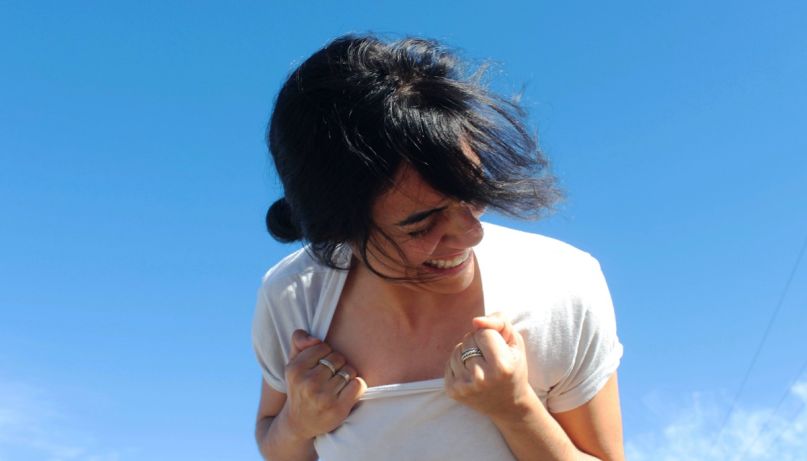 Los Angeles “tenderpunks” Illuminati Hotties will release a new mixtape on July 17th. It’s titled Free I.H.: This Is Not The One You’ve Been Waiting For and follows their acclaimed 2018 debut album, Kiss Yr Frenemies.

This forthcoming effort was written after a major fallout with their indie label, Tiny Engines, which was allegedly involved in shady royalty payment practices. As a result, the new material sees lead songwriter Sarah Tudzin & co. working through the aggression and hurt that came with their ensuing contract-related legal battles. (Hence, the Free: I.H. title.)

That assertive bite bares its teeth on the mixtape’s latest single, the lengthily and bluntly named “will i get cancelled if i write a song called, ‘if you were a man, you’d probably be cancelled’”. It’s barely 90 seconds long, but Illuminati Hotties have a way of getting their message across quickly and effectively, like a swift uppercut. It’s no wonder they’ve been tapped to tour alongside PUP, Lucy Dacus, and Los Campesinos! over the last few years.

Check out “will i get cancelled” below via its official music video, which Tudzin both stars in and co-directed with help from Josh Beavers. Find pre-order information for Free I.H. here.

Free I.H.: This Is Not The One You’ve Been Waiting For Artwork: