Season 2 of the Netflix show premieres later this month 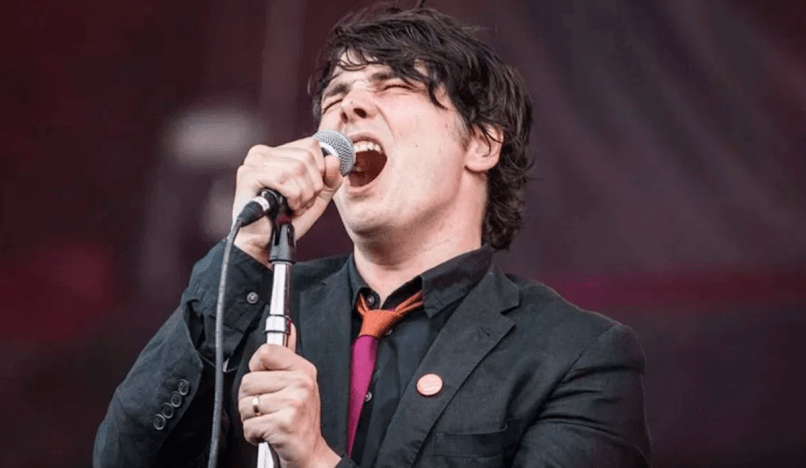 Earlier this morning, a new trailer for season 2 of Gerard Way’s The Umbrella Academy series was unveiled. Now, the frontman for My Chemical Romance is sharing a solo single that will appear in the Netflix show.

As with today’s trailer, this new track is titled “Here Comes the End” and features additional vocals from Judith Hill, a Grammy-winning singer known for her work with Stevie Wonder and Josh Groban. According to Way, he was originally inspired to write the glam rock-inspired tune “when series one of The Umbrella Academy was being shot.” He added, “By the time I finished it, 2020 was in full swing, the world had taken a profound turn and the song was finished in a surreal new reality.”

“I’ve got a broken mask/ A light I’ll never need/ My finger on the button if you gotta ask/ Cause we got a love that’s bigger than World War Three,” sings Way, likely a reference to both our current circumstances and the impending apocalypse on The Umbrella Academy. “Is it true?/ Here is me looking at you.”

Stream “Here Comes the End” below. Keep your ears perked for the song when season 2 of the TV program, which is based on Way’s comic book series of the same name, premieres on Netflix July 31st.

Way and the rest of My Chemical Romance reunited in 2019. They were due to embark on a full tour this year, but plans have since been pushed back to 2021 due to the coronavirus pandemic. The frontman recently posted previously unheard songs over on SoundCloud under the name Distraction or Despair.