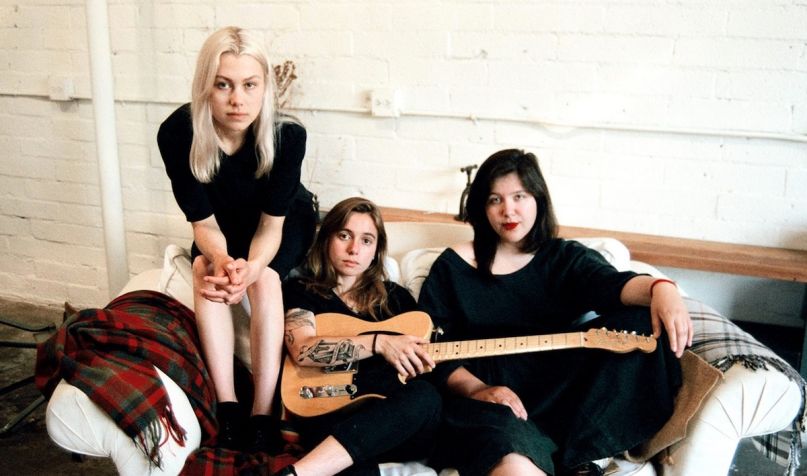 In 2018, boygenius dropped one of the best releases of the year with their self-titled debut EP. Now, the indie supergroup is offering fans a glimpse at the origins of that stellar project by sharing a collection of demos.

Early “voice memo” versions of EP tracks “Bite the Hand”, “Me & My Dog”, and “Stay Down” are now available to stream or purchase exclusively on Bandcamp. According to a statement, these rough recordings were taped in rehearsal on June 5th, 2018 — the day before boygenius would enter the studio to officially work their magic.

The three demos will remain on Bandcamp for just 24 hours, to coincide with the streaming platform’s waiver of revenue share. All proceeds will be divided evenly between three local organizations specifically chosen by each band member: Julien Baker will donate to OUTMemphis, Phoebe Bridgers to Downtown Women’s Center, and Lucy Dacus to the Mutual Aid Disaster Relief Richmond.

You can also purchase the boygenius EP here.

While boygenius haven’t put out any music since that EP, they did contribute to the debut solo album from Paramore’s Hayley Williams. Outside of the group, Bridgers recently issued her excellent Punisher solo album. Dacus also appeared on Kyle Meredith With… to talk about boygenius and Bruce Springsteen, and you can revisit that convo ahead.