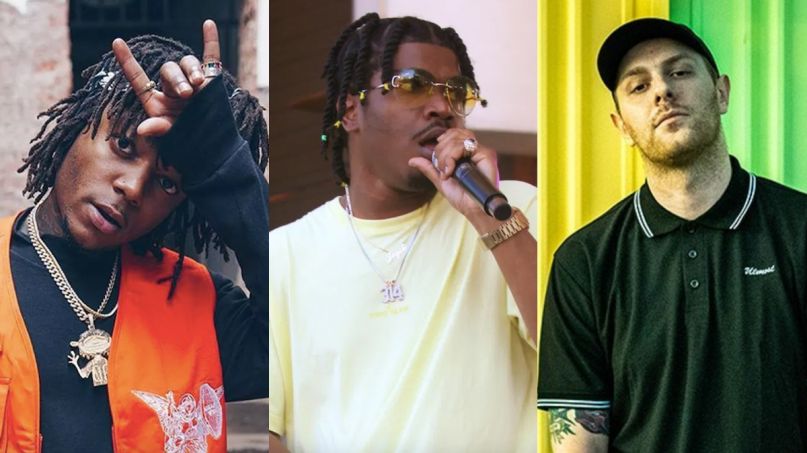 Three months after dropping his surprise mixtape She Already Decided, Smino is back with a new single called “Baguetti”. And this time around, the Chicago MC is joined by rising Atlanta rapper J.I.D and social media star/producer extraordinaire Kenny Beats.

“Baguetti” is the sound of three artists working together with ease — not just because they so smoothly align with each other, but because the whole thing has a breezy, laid-back feel. While barely seeming to struggle for speed, the two vocalists layer lines atop of lines over Kenny Beats’ bluesy, sparse production. Speaker-vibrating bass pounds on the chorus like another vocalist, emphasizing lines likes, “I need a minute to meditate/ Gimme a second, babe/ Full of regret, I been stressin’ on everything/ So I’m a need everything, anything, pocket change/ Let it bang, let it bang/ It’s a freedom sound, let it bang.”

Take a listen to the trio on “Baguetti” below.

In addition to his mixtape, Smino shared the standalone tracks “Tempo” and “Trina” earlier this year. J.I.D, meanwhile, reformed the supergroup Spillage Village with the likes of EarthGang, 6LACK, Mereba, and others for the June single “End of Daze”.

Kenny Beats, who worked on “Trina”, has been a fierce collaborator in 2020. He released UNLOCKED with Denzel Curry earlier in the year, and announced a comic book adaptation shortly thereafter. He’s also worked on songs with Deb Never and slowthai, and contributed production programming to IDLES’ forthcoming album, Ultra Mono, coming September 25th.