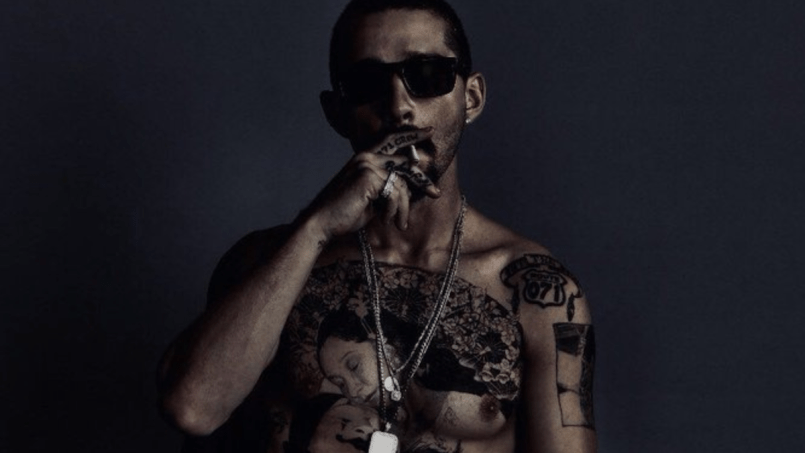 While still notorious for his sometimes “unruly” behavior, Shia LaBeouf has also grown a reputation for being a supremely talented actor. A lot of that comes from his commitment to his roles, like when he actually had a tooth pulled while filming Fury. Now he’s taken that all-in mentality even further by getting a full chest tattoo for a role in the upcoming movie The Tax Collector.

Director David Ayer, who also helmed Fury, revealed word of LaBeouf’s new ink in an interview with Slash Film. Calling him “one of the best actors I’ve worked with,” Ayer said LaBeouf, “is the most committed to body and soul. He had a tooth pulled on Fury, and then on Tax Collector, he got his whole chest tattooed. So, he kind of goes all in, and I’ve never known anyone that committed.”

If Ayer’s words aren’t enough proof, the artist who did the work, Bryan Ramirez, even posted photos of the process. “Shia grew up in Echopark and came back here to give back to his community by getting this tattoo,” Ramirez wrote on Instagram. “He could have gone any where to some of the biggest names be he decided to keep it real…”

And before you go on thinking this type of “method” acting is beyond crazy, know that LaBeouf’s new tattoo isn’t entirely for Tax Collector. The art, which features his character’s name “Creeper” across his belly, is a loving portrait of his father (whom LaBeouf actually played to perfection in last year’s Honey Boy) and mother. See the photos ahead.

In The Tax Collector, LaBeouf plays Creeper, an enforcer for a Los Angeles crime lord who collects payments alongside his partner, David (Bobby Soto). When their boss’ old rival returns to upend his business, David’s family gets caught up in the crossfire. It’s currently set for an August 7th theatrical release, and you can watch the trailer below.

The artist is Bryan Ramirez go follow him https://t.co/PoGl4suBob pic.twitter.com/TPW0ggt6UR

Shia LaBeouf really tattooed his entire chest for his role in the upcoming film, #thetaxcollector 👀