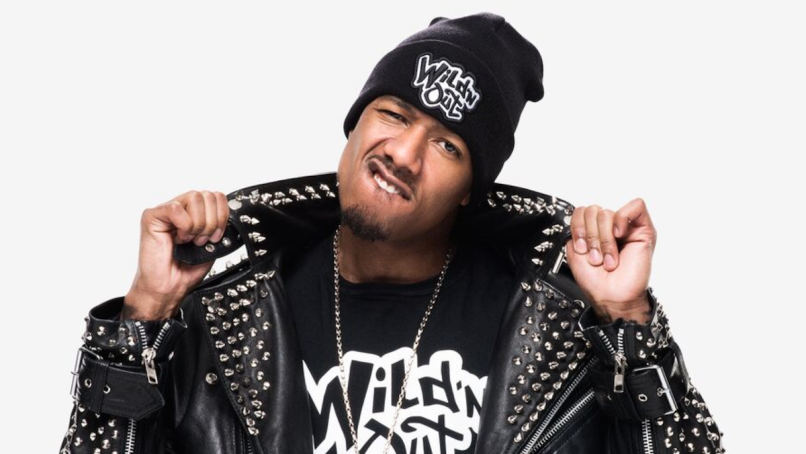 Nick Cannon has been fired from ViacomCBS over anti-Semitic comments he made on a recent episode of his podcast, Cannon’s Class. ViacomCBS is the parent company of MTV and VH1, home to Cannon’s hit comedy show Wild ‘N Out, as well as TeenNick and Nickelodeon, which have featured Cannon in various roles for decades.

The trouble began when Cannon released an episode of his podcast featuring Richard Griffin, a.k.a. former Public Enemy member Professor Griff. Griffin was infamously dismissed from the political rap group after he claimed Jews were behind “the majority of wickedness that goes on across the globe” in a 1989 interview with The Washington Times. It seems times have not altered Griffin’s opinions, and Cannon largely agreed with him during their discussion on Cannon’s Class.

In the episode, Griffin addressed his past comments, stating, “I’m hated now because I told the truth.” Cannon responded by saying, “You’re speaking fact. There’s no reason to be scared of anything when you’re speaking the truth.”

When Griffen argued that many media companies were run by Jewish people, Cannon compared it to the Rothschilds, a family with strong ties to banking who are often at the center of anti-Semitic conspiracy theories (via The New York Times). Cannon also repeatedly made reference to “theys” that he said were “the Illuminati, the Zionists, the Rothschilds.”

Cannon also praised Nation of Islam leader Louis Farrakhan, someone labeled as anti-Semitic and anti-homosexual by both the Anti-Defamation League and the Southern Poverty Law Center.

In a statement announcing Cannon’s dismissal, ViacomCBS condemned “bigotry of any kind” and denounced “all forms of anti-Semitism.” “While we support ongoing education and dialogue in the fight against bigotry, we are deeply troubled that Nick has failed to acknowledge or apologize for perpetuating anti-Semitisim, and we are terminating our relationship with him,” the statement continued.

Cannon has issued multiple responses on social media, none of which have included a direct apology for his remarks. “Anyone who knows me knows that I have no hate in my heart nor malice intentions,” he wrote on Twitter. “I do not condone hate speech nor the spread of hateful rhetoric.”

In a lengthier Facebook statement he titled “Truth and Reconciliation”, Cannon accused ViacomCBS of “hijacking” a moment of potential solution to “make an example of an outspoken black man.” He claims he received “dead silence” when he reached out to Viacom head Shari Redstone with an offer to converse and apologize. “So that’s when I realized they don’t want a conversation or growth, they wanted to put the young negro in his place,” he wrote. “They wanted to show me who is boss, hang me out to dry and make an example of anyone who says something they don’t agree with.”

“As for Viacom, who is now on the wrong side of history, I will continue to pray for you. I don’t blame any individual, I blame the oppressive and racist infrastructure. Systemic racism is what this world was built on and was the subject in which I was attempting to highlight in the recent clips that have been circulating from my podcast. If I have furthered the hate speech, I wholeheartedly apologize.”

For their part, a ViacomCBS spokesperson told Variety, “It is absolutely untrue that Nick Cannon reached out to the Chair of ViacomCBS.”

Cannon had been the chair of TeenNick and hosted the long-running improv show Wild ‘N Out, originally on MTV and moved to VH1 in 2019. The show was renewed for another three seasons last year, though there’s no word on whether ViacomCBS will be moving forward with the program with a new host. That’s something Cannon likely won’t be happy with, as he’s demanded “full ownership of my billion dollar ‘Wild ‘N Out’ brand that I created, and they will continue to misuse and destroy without my leadership!”

Cannon also has a fruitful relationship with Fox, for which he hosts the hit celebrity singing competition The Masked Singer. Fox has not yet commented on whether their relationship with the personality is being re-evaluated. Update: Fox has confirmed Cannon will continue hosting The Masked Singer. He’s also issued a formal apology, stating he’d met with numerous Jewish community leaders and admitting his comments “reinforced the worst stereotypes of a proud and magnificent people and I feel ashamed of the uninformed and naïve place that these words came from.”

Below, find the relevant statements. Update: Cannon has set the episode to private, but you can watch select clips below.

Anyone who knows me knows that I have no hate in my heart nor malice intentions. I do not condone hate speech nor the spread of hateful rhetoric. We are living in a time when it is more important than ever to promote unity and understanding.

Until then, I hold myself accountable for this moment and take full responsibility because My intentions are only to show that as a beautiful human species we have way more commonalities than differences, So let’s embrace those as well as each other. We All Family!🙏🏾