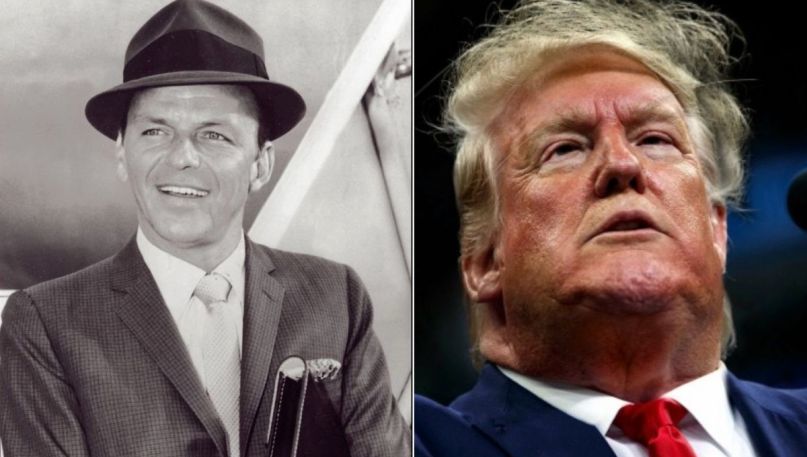 Even dead musicians want nothing to do with Donald Trump.

In response to Donald Trump’s announcement that he intends to build a “National Garden of Heroes” with statues of famous Americans including Frank Sinatra, the singer’s daughter has reminded Trump that her father “loathed him.”

Replying to a tweet from Mia Farrow in which she wrote, “Frank Sinatra would have loathed Donald Trump,” Nancy Sinatra confirmed as much: “He actually did loathe him.”

At least some of the bad blood between Trump and Frank Sinatra dates back to 1990, according to a recent book published by Sinatra’s manager, Elliot Weisman. Sinatra had been booked to open Trump’s Atlantic City casino, only to be informed at the last minute that Trump sought to renegotiate Sinatra’s rate. Trump also canceled his booking of Sinatra’s longtime friend, Sammy Davis Jr., who had just been diagnosed with cancer at the time.

After hearing about Trump’s 11th hour ploy, Sinatra allegedly told his manager to tell Trump to “go fuck himself,” and instead scheduled shows in Las Vegas.

As hmag reminds us, Sinatra was also staunchly against social bigotry, believing that all Americans, regardless of race, color, creed or lifestyle, should be treated equally. He even starred in a short film during which he taught a group of young boys about the importance of tolerance and anti-Semitism. Trump, on the other hand, has gone full Nazi.

He actually did loathe him.