My Morning Jacket Announce New Album The Waterfall II, Out This Friday

Five years later, fans will finally get to hear the second half of the Waterfall sessions 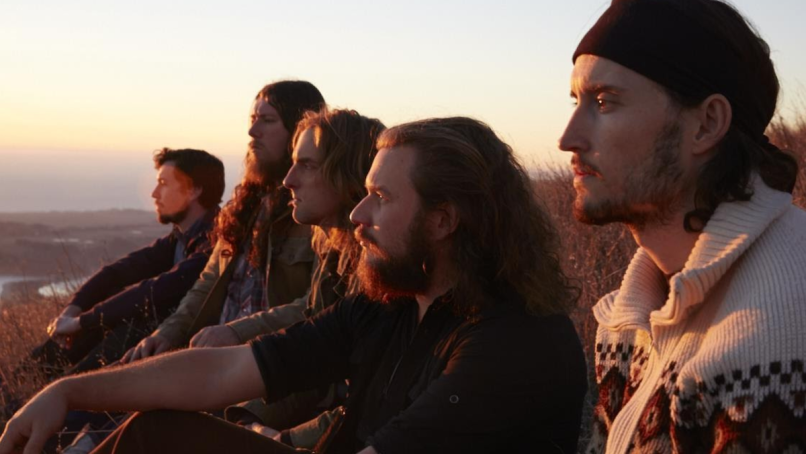 Five years ago, My Morning Jacket released their most recent album, The Waterfall. At the time, the word was that the alternative rockers had actually recorded enough songs for two full-length albums, but the second collection of tracks never materialized — until now. Today, MMJ have announced The Waterfall II, and it’s coming this Friday, July 10th via ATO Records.

The Waterfall and The Waterfall II were recorded during inspiring sessions at what became affectionately known as Panoramic House in Stinson Beach, California. While My Morning Jacket considered putting out all of the music as a triple album, they instead decided to split the two dozen tracks into distinct projects. It was during a walk in the early days of the pandemic lockdown that frontman Jim James rediscovered one of the unreleased songs, “Spinning My Wheels”. Struck by how the lyrics’ feeling of being “hypnotized from doing the same old thing” was so relevant to our current situation, he revisited the rest of the Waterfall II material.

As a press release puts it, the new album “conjures an indelible pain but never drifts into despair,” instead focusing on the hope that can be found beyond loss. “As so many of us feel out of tune and long for the world to be a better place, we have to look to nature and the animals and learn from them: learn to love, accept, move on, and respect each other,” James said in a statement. “We gotta work for it and change our ways before it’s too late, and get in harmony with love and equality for all of humanity and for nature too.”

Some of the songs on The Waterfall II may already be familiar to fans. Closer “The First Time” appeared on the soundtrack to Cameron Crowe’s Showtime series Roadies, while the anti-gun violence message of “Magic Bullet” was shared in 2016. There’s also “Welcome Home”, which has been performed live a handful of times and was part of a 2011 iTunes Sessions EP. Even if not all the material is “new,” the beloved Kentucky rockers have only played seven shows since 2017, so anything fresh from the band is welcome.

The Waterfall II will be released digitally on July 10th, with CD and vinyl editions arriving on August 28th. Pre-orders for physical copies are available now. To make sure you hear the digital version in the highest quality audio, sign up for a 60-day free trial of TIDAL HiFi.

As an early preview, My Morning Jacket will host a virtual listening party via their YouTube and Facebook pages on Thursday, July 9th at 9:00 p.m. ET. They’ll also perform some of the new material on The Tonight Show Starring Jimmy Fallon on Wednesday, July 15th.

Find the tracklist and album art for The Waterfall II below. You can also purchase its precursor, The Waterfall, now.