Kanye Says He is Running for President Under “The Birthday Party”, Already Has a VP

In a new interview, Kanye explains why he no longer supports Trump and outlines his policy positions 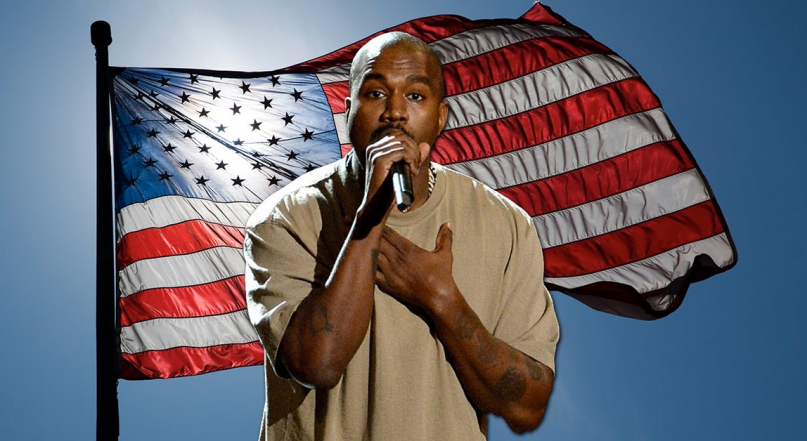 On Fourth of July, Kanye West announced his candidacy for president. Though the election is less than fourth months away and he has yet to formally file any paperwork, in a new interview with Forbes, Kanye swore his intentions are true and not a publicity stunt.

Speaking with Randall Lane of Forbes, Kanye confirmed his plans to run as a third party candidate under the banner of “The Birthday Party” (“Because when we win, it’s everybody’s birthday,” he explained.) He has already settled on a running mate: Michelle Tidbal, a preacher from Wyoming. He also confirmed that his wife Kim Kardashian and Space X founder Elon Musk are his advisors (if he wins, Kanye plans to make Musk “head of our space program.”)

Kanye said he no longer supports Donald Trump, commenting,“I am taking the red hat off, with this interview.” He cited Trump’s poor handling of the coronavirus crisis (“It looks like one big mess to me”), as well as Trump’s reaction to the Black Lives Matter protests (“I don’t like that I caught wind that he hid in the bunker.”)

Though he has yet to file paperwork to run for office, and has already missed deadlines to get on several state ballots, Kanye said he isn’t worried. “I’m speaking with experts, I’m going to speak with Jared Kushner, the White House, with Biden,” contending that because of the coronavirus crisis, he should be afforded late entry into the race.

Elsewhere in the interview, Kanye previewed some of his policies.

— He questions the effectiveness of vaccines, terming them as “the mark of the beast.” He explained to Forbes, “It’s so many of our children that are being vaccinated and paralyzed… So when they say the way we’re going to fix COVID is with a vaccine, I’m extremely cautious.”

— He is pro-life and believes “Planned Parenthoods have been placed inside cities by white supremacists to do the Devil’s work.”

— He wants to reinstate prayer in schools.

— He is anti-capital punishment.

— He intends to end police brutality, but believes “police are people too.”

— He hasn’t “done enough research” on a tax policy, but “I will research that with the strongest experts that serve God and come back with the best solution.”

— He has no foreign policy agenda (yet). “I’m focused on protecting America, first, with our great military. Let’s focus on ourselves first.”

— He wants to take the NBA global: “The NBA will open all the way back up from Nigeria to Nanchang and the world will see the greatest athletes play. The world will experience the change in their element.”

— He loves China and doesn’t blame them for the coronavirus: “It’s not China’s fault that disease. It’s not the Chinese people’s fault. They’re God’s people also.”

— He envisions a White House organizational model based on Black Panther’s Wakanda: “It’s the best explanation of what our design group is going to feel like in the White House.”

— Another major priority is to “Clean up the chemicals. In our deodorant, in our toothpaste, there are chemicals that affect our ability to be of service to God.”

In closing the interview, Kanye was asked what his campaign slogan will be. He responded: “Well my second album is called Late Registration. I got a rap … The other thing is, my campaign is Kanye West YES, not YEP, not YEAH. YES. YES. YES… When I’m president, let’s also have some fun. Let’s get past all the racism conversation, let’s empower people with 40 acres and a mule, let’s give some land, that’s the plan.”

The election is 118 days away. Buckle up.