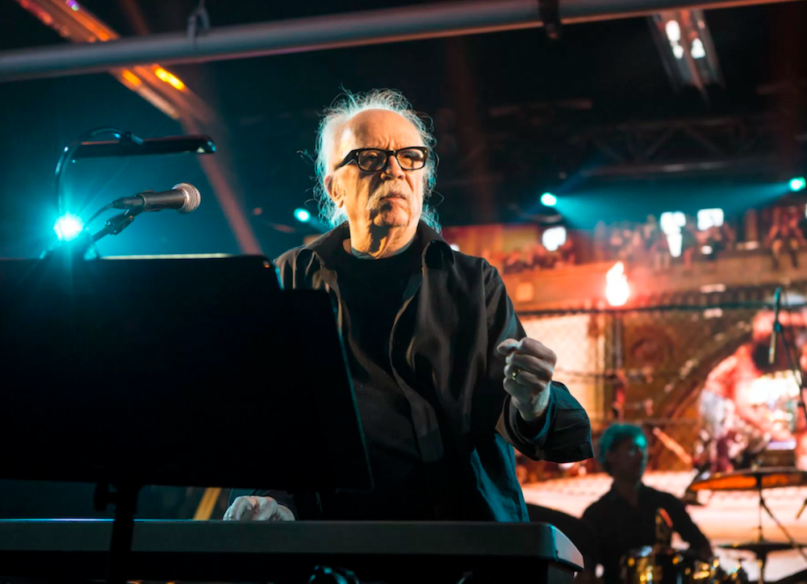 John Carpenter is back with his first non-soundtrack music since Lost Themes II. This morning, the Master of Horror announced a new 12-inch single featuring two songs: “Skeleton” b/w “Unclean Soul”. They’re due out August 28th via Sacred Bones Records.

Once again, Carpenter is backed by his son Cody Carpenter and his godson Daniel Davies, who give the composer some wings. “Skeleton” is a jet rocket set for a dystopian night sky, while “Unclean Soul” digs deep into the bowels of hell.

Carpenter offered a statement on the two tracks:

“It was refreshing to be able to write music that didn’t have to fit to any sort of locked image. We also had a specific focus and direction we wanted to follow when working on Halloween, both in terms of mindset and instruments, and being able to return to working without that narrow focus was refreshing. Although working on Halloween didn’t specifically influence any of these new compositions, there is always a honing of craft that must take place when working on a film like Halloween, and our improved skills definitely helped us in writing these songs.”

Stream “Skeleton” and “Unclean Spirit” below, and pre-order the single here. As a press release notes, the two tracks will eventually lead to Lost Themes III, an album Carpenter teased to Consequence of Sound way, way back in 2018 in our Composer of the Year interview. You can revisit that interview as part of our Halloweenies podcast ahead.

It goes without saying that Carpenter will return in October for Halloween Kills.