From Black Sabbath to RATM to Fever 333, heavy music has been fighting the power for 50 years 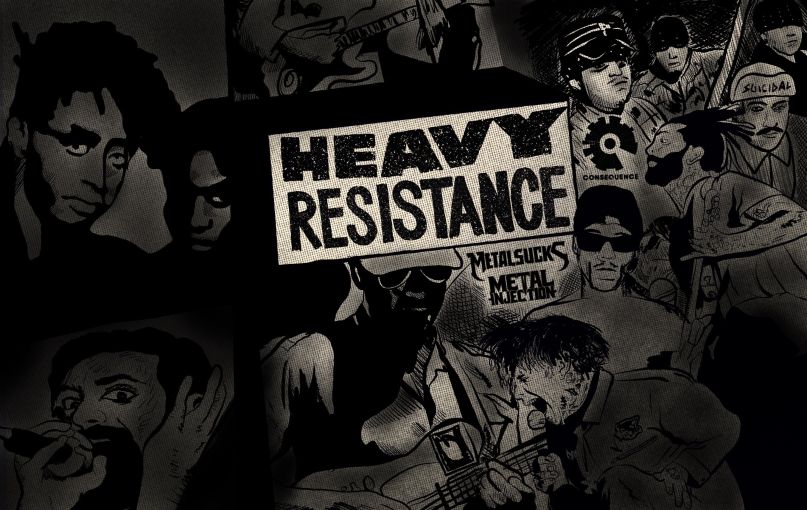 Over the past several weeks, we’ve seen a sea change across the nation and throughout the world. Millions of people have taken to the streets to protest against systemic racism, and the impact has been powerful. In heavy music, protest songs have provided strong condemnations of racism, oppression, war, authoritarianism, and more.

Protest songs in heavy metal date back to the genre’s godfathers, Black Sabbath, who released the anti-war track “War Pigs” in 1970. Throughout the years, heavy music has produced hundreds of memorable protest anthems, with punk rock acts like The Clash and Sex Pistols leading the charge in the late ’70s, and hardcore bands like Bad Brains and Black Flag bringing the rebellion in the ’80s.

In the ’90s, Rage Against the Machine took protest music to the masses, with the song “Killing in the Name” addressing systemic racism and police brutality nearly 30 years before the recent death of George Floyd.

System of a Down kept the fight going at the beginning of the 21st century, with “Prison Song” denouncing the incarceration of minor drug offenders.

This year alone has seen its fair share of heavy protest songs, with Lamb of God condemning the recent detention of immigrants on the song “New Colossal Hate”, and Fever 333 confronting racism with the song “Supremacy”.

Heavy Consequence has teamed up with Metal Injection, Metal Sucks, and streaming service TIDAL to create the “Heavy Resistance” playlist, offering an assortment of hard-hitting protest songs from the past 50 years.

The tracks can be streamed below, while a free 60-day trial subscription to TIDAL’s HiFi service is available here.