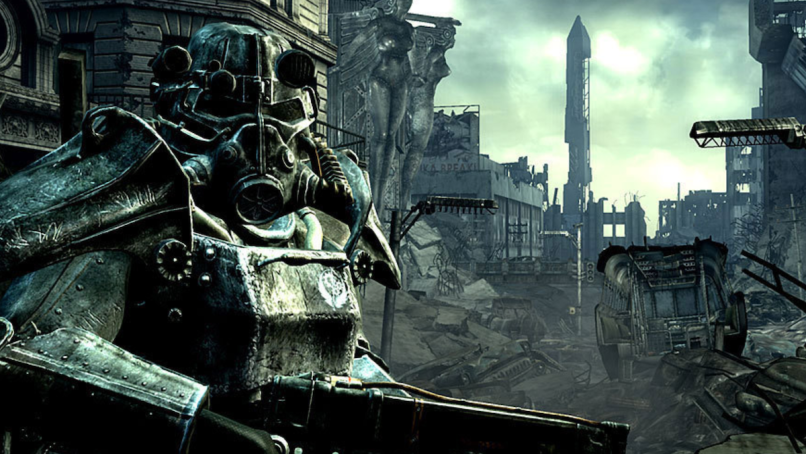 Amazon Prime Video is opening the Vault on a new TV series based on the hit Fallout video game franchise. The project is being spearheaded by Westworld co-creators/executive producers Jonathan Nolan and Lisa Joy as part of their overall deal with Amazon Studios.

Originating from a turn-based role-playing game in 1997, the Fallout series has stretched eight games over the course of two decades, as well as the mobile game Fallout Shelter. The games’ story thrusts American ideals and visions of the future from the 1940s into a post-nuclear apocalypse in the 2100s and 2200s. After international war over natural resources turned the world into a nuclear wasteland in 2077, the games’ protagonists are forced to wrestle with previous generations’ failed hopes of nuclear energy while surviving in underground Vaults and battling mutants.

Bethesda Softworks, owners of the Fallout franchise, have been attempting to get an adaptation of the ground for years. Now, thanks to Nolan and Joy’s Kilter Films’ Amazon deal, they finally have a series commitment. Kilter Films is producing alongside Bethesda Games Studios and Softworks. Joining Joy and Nolan on the executive producer side will be Kilter’s Athena Wickham, BGS’ Todd Howard, and BS’ James Altman.

“Fallout is one of the greatest game series of all time,” Joy and Nolan said in a statement (via Deadline). “Each chapter of this insanely imaginative story has cost us countless hours we could have spent with family and friends. So we’re incredibly excited to partner with Todd Howard and the rest of the brilliant lunatics at Bethesda to bring this massive, subversive, and darkly funny universe to life with Amazon Studios.”

Watch an “easter egg” teaser for the Fallout show below. No word yet on if Ron Perlman, who has narrated the Fallout series since its inception, will be brought onboard for the adaptation.

This marks Kilter’s first major project through its new Amazon deal. Joy and Nolan are also in pre-production on Amazon’s techno-thriller The Peripheral, based on the novel by William Gibson, but that project was already in development before Kilter signed on with the streaming service. The duo are also producing the hit HBO series Westworld, which was picked up for a fourth season earlier this year.