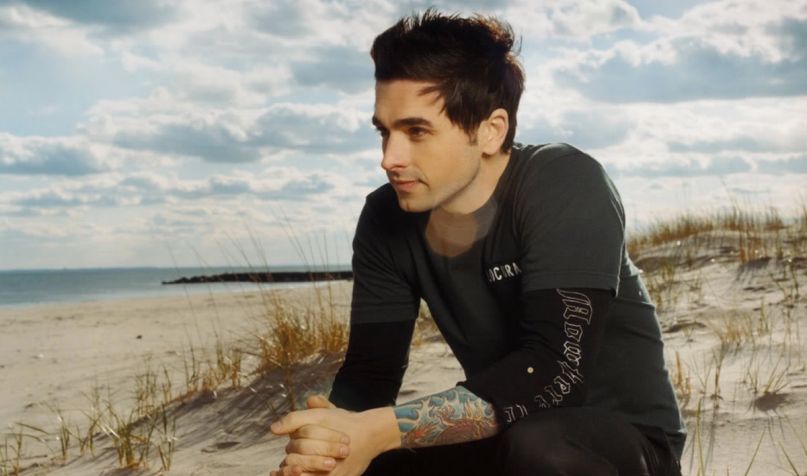 To kick off their 20th anniversary celebration, Dashboard Confessional put out a greatest-hits compilation this past January. Now to further commemorate the milestone, the veteran emo rockers have announced a special vinyl reissue campaign called The Early Days. As its title indicates, the series will specifically spotlight Chris Carrabba’s first few studio releases, which helped jump-start what would become such a fruitful and lengthy career.

The Early Days project officially begins with a real treat for fans: the first-ever vinyl pressing of 2001’s The Places You Have Come to Fear the Most. Set for July 31st, the reissue promises listeners the chance to revisit (and cry to) favorites like “Saints and Sailors” and the title track, but this time in wax form.

The campaign will then continue later this year with a vinyl re-release of DC’s seminal debut album, 2000’s The Swiss Army Romance, which contains the anthemic “Screaming Infidelities” and “Again I Go Unnoticed”. A first-time pressing of 2002’s MTV Unplugged 2.0 is also in the works. Along with a standard black vinyl run, all the reissues will be available in multiple limited-edition colored variants for the diehard DC collector.

In addition to albums, The Early Days will include the reissuing of select EPs. In partnership with Mondo, DC will press the following EPs on vinyl for the first time: 2001’s So Impossible, 2002’s Summers Kiss, and the “newly created” Spider-Man 2 EP. This latter release is likely to include “Vindicated”, the band’s hit single from 2004’s Spider-Man 2 film. More details regarding these EPs will be revealed in the coming months.

Two of the limited-edition vinyl editions of The Places — a splatter version and a colored version — are already up for pre-order now. A yellow and blue vinyl, limited to just 1,000 copies, will be available exclusively at VinylMePlease.com, beginning Friday, July 10th.

Last month, Carrabba was injured in a major motorcycle accident. “My injuries were severe, but not life threatening. I owe the amazing doctors, nurses and medical team treating me my endless gratitude. I am determined to make a full recovery, but I have surgeries and months of rehab to come,” he wrote at the time.

For more Dashboard Confessional nostalgia, tune into Carrabba’s Kyle Meredith With… interview from earlier this year, followed by some good ol’ DC classics.