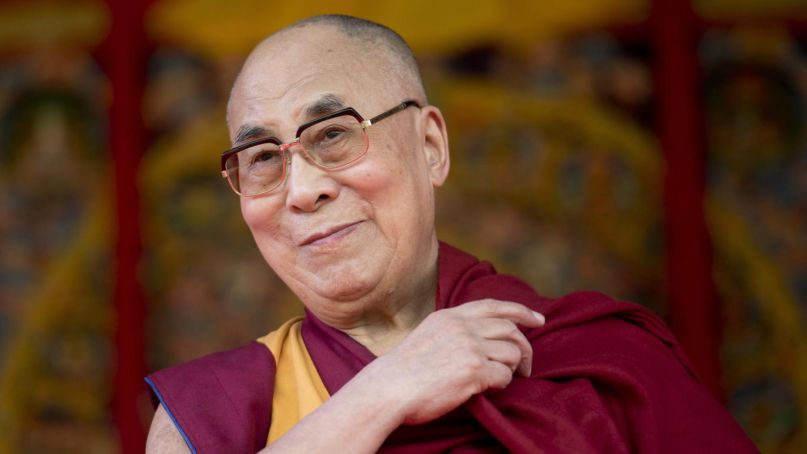 Today marks the 85th birthday of His Holiness, The Dalai Lama, and he’s marking the occasion with the release of his first-ever album.

The origins of the project date back to 2015, when Junelle Kunin delivered a handwritten letter to one of The Dalai Lama’s assistants, pitching His Holiness on the idea of pairing his teachings with original music. Recalling their time together in the recording studio, Junelle said The Dalai Lama “was so excited … he actually proceeded to explain to me how important music is.”

“He leaned forward and his eyes were sparkling, and his fingers were rubbing together and he [talked] about how music can help people in a way that he can’t; it can transcend differences and return us to our true nature and our good heartedness,” Junelle explained.

Net proceeds from the album will benefit the Mind & Life Institute and Social, Emotional and Ethical Learning, an international education program The Dalai Lama developed with Emory University.

In further celebration of The Dalai Lamar’s birthday, there will be a special livestream airing on Monday beginning at 1:00 p.m. ET. The program will include longtime student and friend of The Dalai Lama, Richard Gere as well as other special guests, birthday messages, and musical performances, including one by Anoushka Shankar, who will debut a performance of “Ama La”, the track from the album that she features on. You can tune in via The Dalai Lama’s Inner World YouTube channel.