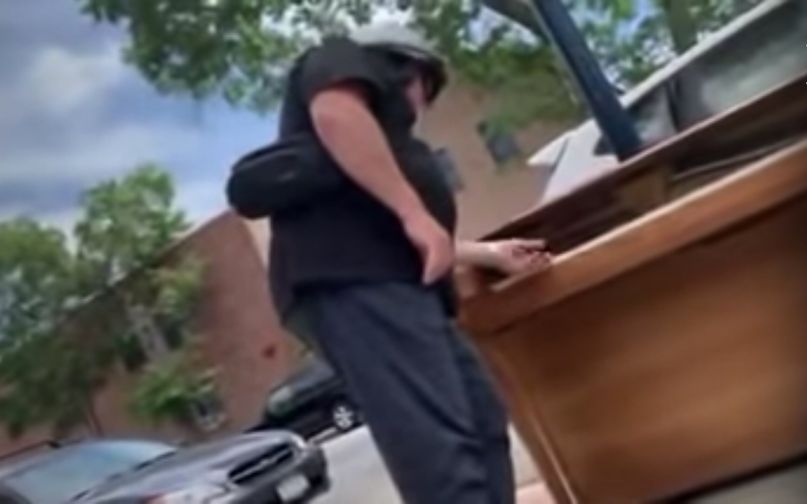 In a new viral video, Billy Joel can be seen playing a random piano on the sidewalk in Huntington, New York. This means one of two things: he’s either extremely bored during quarantine, or he takes his title as “Piano Man” way too seriously.

In the video, which was filmed last month, the 71-year-old musician seemingly takes a pit stop from a motorcycle ride to play Shelton Brooks’ 1917 ragtime hit “Darktown Strutters’ Ball” on an old piano (via Billboard).

After playing around with the instrument, he tests out the pedals, looks at the finish on the keys, and asks a person off-camera — presumably the former owner — why they’re getting rid of an otherwise functional piano.

“Not bad! The action is good! Just needs tuning, and the finish is beat. It’s a perfectly good piano! It’s a shame to throw it out,” he says, sounding flabbergasted. “You should at least donate it to St. Vincent de Paul or something. They would probably take it. These are laminated keys, the pedals work. The action is great, the mechanics are perfect!”

This isn’t the first time we’ve heard from Joel during the coronavirus pandemic. Earlier in the spring, he performed a poignant version of “Miami 2017” during the Rise Up New York! benefit livestream. It’s no street-side jingle, but it will definitely lift your spirits all the same.