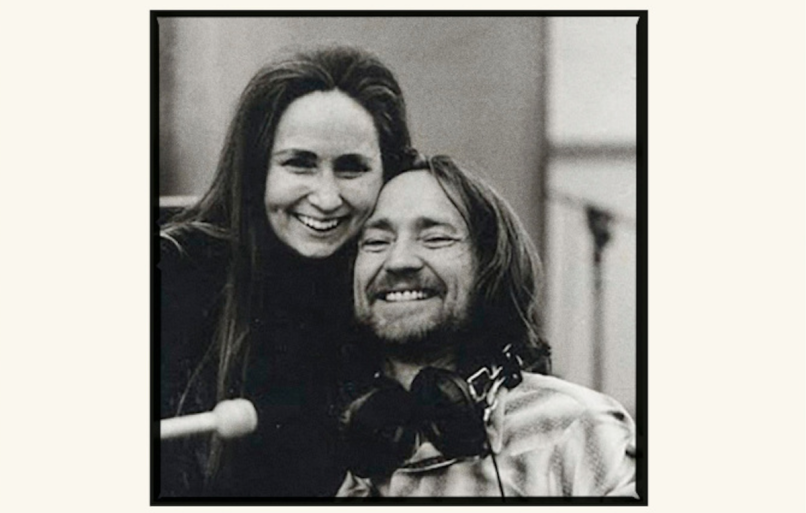 Siblings Willie Nelson and Bobbie Nelson have teamed up to co-write a new memoir about “how family always finds the way” no matter the trials and tribulations. Titled Me and Sister Bobbie: True Tales of the Family Band, it’s due out later this summer through Random House.

The 288-page book will document the Nelsons’ difficult childhood, tainted by abandonment, as well as their enduring bond, which has remained strong thanks to their shared love of music. Willie and Bobbie will take turns telling their story through alternating chapters, assisted by music biographer Davie Ritz. Willie previously enlisted Ritz’s talents his 2015 autobiography, It’s a Long Story: My Life. For Bobbie, this is her first-ever memoir.

Following successful recording sessions for Willie albums The Troublemaker and Phases and Stages, Bobbie formally joined her younger brother’s band in the early ’70s. They’ve been performing together ever since, with Bobbie handling most of the piano duties.

Me and Sister Bobbie is officially due out September 15th and is available for pre-order here. Check out Random House’s full synopsis below.

“Abandoned by their parents as toddlers, Willie and Bobbie Nelson found their love of music almost immediately through their grandparents, who raised them in a small Texas town. Their close relationship—which persists today—is the longest-lasting bond in both their lives.

In alternating chapters, this heartfelt dual memoir weaves together both their stories as they experienced them side by side and apart. The Nelsons share powerful, emotional moments from growing up, playing music in public for the first time, and facing trials in adulthood, as Willie pursued songwriting and Bobbie faced a series of challenging relationships and a musical career that took off only when attitudes about women began to change in Texas. The memoir is Bobbie’s first book, and in it she candidly shares her life story in full for the first time. Her deeply affecting chapters delve into her personal relationships and life as a mother and as a musician with technical skills that even Willie admits surpass his own. In his poignant stories, Willie shares the depth of his bond with his sister, and how that bond carried him through his most troubled moments. Willie and Bobbie have supported each other through unthinkable personal heartbreak, and they’ve always shared in each other’s victories. Through dizzying highs and traumatic lows, spanning almost nine decades of life, Willie and Bobbie have always had each other’s back.”

Nelson’s seminal album, Red-Headed Women, was the recent focus of our Opus podcast. Listen to the first episode below.