Weezer Play a Piano Version of “Hero” on Fallon: Watch 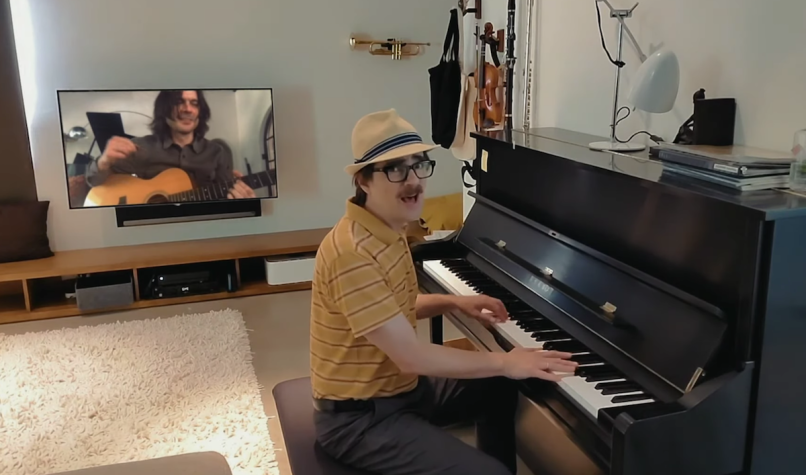 Weezer’s “Hella Mega Tour” with Green Day and Fall Out Boy may have been postponed until next year, but the band is keeping quite active during the lockdown. In addition to debuting a new song on The Simpsons recently, Weezer delivered a quarantine-style performance of “Hero” on The Tonight Show Starring Jimmy Fallon on Wednesday.

With social distancing practices in place, the clip began with a lone Rivers Cuomo saddled up next to a piano, where he unfurled a ballad version of the band’s otherwise shredding single. The frontman was later “joined” by his other group members, who all appeared via the TV screen located behind Cuomo.

“Hero” is off Weezer’s forthcoming metal-inspired album, Van Weezer, whose release date is now up in the air due to the ongoing global pandemic. Upon its initial release in May, Cuomo & co. dedicated the song to all those affected by COVID-19, especially frontline workers. “This one is for the stay at home dreamers, the zoom graduators, the sourdough bakers, and the essential workers,” Weezer noted in a statement at the time.

Replay Weezer’s Fallon performance below. You can also revisit Cuomo’s Zoom-filmed piano cover of Nirvana’s “Heart-Shaped Box” from back in May.

To watch the band’s recent episode of The Simpsons, you can sign up for a 30-day free trial of Hulu. If you also want access to the entire 31-season series in all its aspect ratio-adjusted glory on Disney+, try the 7-day free trial of a bundle that includes Disney+, Hulu, and ESPN+.