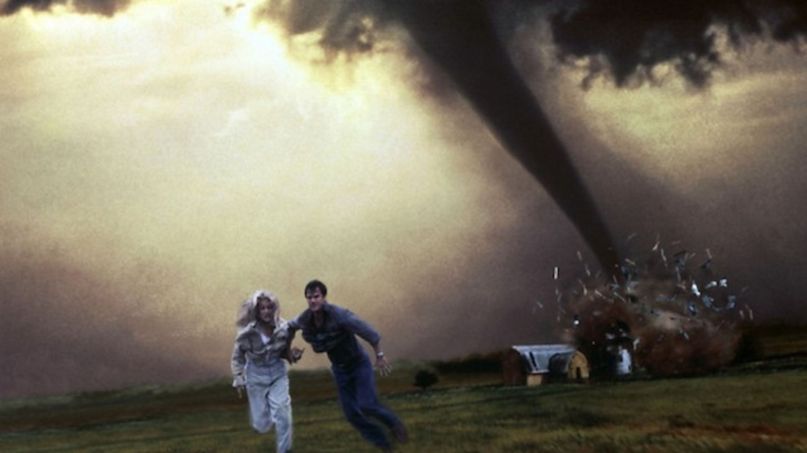 Food. Food. Fooood: Prepare to re-enter The Suck Zone! According to The Hollywood Reporter, a reboot of 1996’s Twister is gathering speed over at Universal.

There’s not much as of press time, though the studio is currently in talks with Top Gun: Maverick director Joseph Kosinski to helm the picture. A search for writers is underway.

The sky’s the limit for this story, no pun intended, especially given the ensuing global warming crisis. Not to get too depressing, but nightmare weather will only be more relatable as the years pass, which could make this lucrative IP for Universal.

As to whether this will be a remake or connect to the original remains to be seen. Sadly, star Bill Paxton passed away in 2017 (and Philip Seymour Hoffman in 2014), though who’s to say Helen Hunt won’t return to the cornfields?