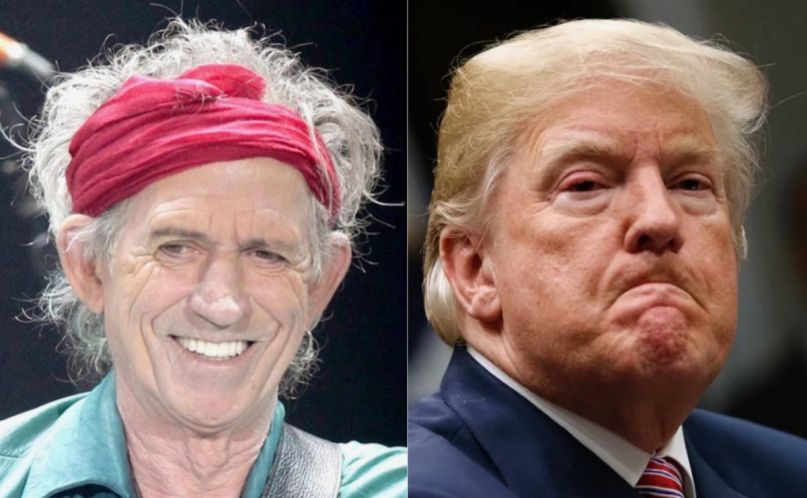 The Rolling Stones have no sympathy for the devil. The legendary rock band is threatening to sue Donald Trump and his campaign over the continued unauthorized use of the band’s music.

According to a statement released on Saturday, The Rolling Stones and the performing rights organization BMI have served Trump with a final warning to cease playing the band’s music at official campaign events and rallies. “If Donald Trump disregards the exclusion and persists then he would face a lawsuit for breaking the embargo and playing music that has not been licensed,” the statement reads.

As BMI explained to Deadline, the Trump campaign has a Political Entities License which provides them with access to more than 15 million musical works in BMI’s repertoire. However, the license includes a provision that allows BMI “to exclude musical works from the license if a songwriter or publisher objects to its use by a campaign.”

“BMI has received such an objection and sent a letter notifying the Trump campaign that The Rolling Stones’ works have been removed from the campaign license, and advising the campaign that any future use of these musical compositions will be in breach of its license agreement with BMI,” the organization explained.

Throughout the 2016 presidential campaign and during rallies held during his presidency, Trump has repeatedly played The Rolling Stones’ music. Most recently, “You Can’t Always Get What You Want” aired over the loudspeakers during a rally in Tulsa, Oklahoma on June 20th. (That same rally also provoked a cease and desist notice from the family of Tom Petty.)

This is not the first time The Rolling Stones have found themselves at odds with Trump. Back in 1989, Keith Richards allegedly pulled a knife on Trump prior to a concert that took place at Atlantic City’s Boardwalk Hall.