"Don't like it, doesn't change the truth of it." 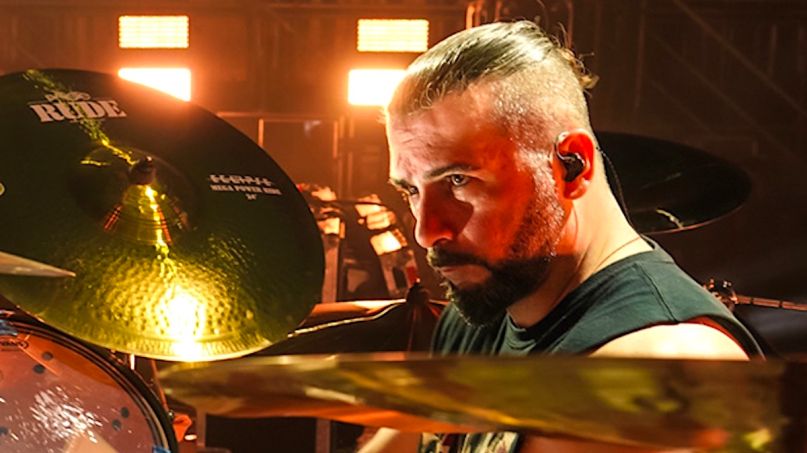 System of a Down have long been known to preach left-leaning ideals in both their music and social media posts, but not drummer John Dolmayan. In fact, he’s now singing the praises of President Trump as the “greatest friend to minorities.”

In the midst of racial tension across the United States following the death of George Floyd in police custody, Trump tweeted, “My Admin has done more for the Black Community than any President since Abraham Lincoln. Passed Opportunity Zones with @SenatorTimScott, guaranteed funding for HBCU’s, School Choice, passed Criminal Justice Reform, lowest Black unemployment, poverty, and crime rates in history… And the best is yet to come!”

Dolmayan shared an image of Trump along with the above quote on Instagram, and added, “Let’s not let the narrative that’s being spun make us forget the truth of this statement. The most attacked president in history yet the greatest friend to minorities! Don’t believe it? Look at the stats. Don’t like it, doesn’t change the truth of it.”

The drummer’s System of a Down bandmate Serj Tankian must be shaking his head at that comment. The singer recently called for protesters to “coordinate online and block every street everywhere and force the regime to resign,” adding, “Your time has come, @realdonaldtrump.”

In our own interview with Dolmayan earlier this year, he admitted that he was on the opposite end of the political spectrum than Tankian and Rage Against the Machine’s Tom Morello, who guested on the drummer’s recent solo album. “You will never have two guys who think more differently than me and Tom Morello on a lot of subjects. But what a sweet and humble person and a caring person. And our relationship shows that you can be completely different politically minded people and still have a lasting and great relationship.”

He added, “I guess the same can be said about Serj, but he’s stuck with me — I’m in his band.”

Dolmayan has also been calling for peaceful marches in a number of Instagram posts while admonishing the violence and looting that has broken out. In one post, he wrote, “I would like to form a group of law enforcement officers, military, firefighters, students, teachers and private citizens of any age to host a peaceful march for justice and solidarity, anyone who would like to help organize this in the next few days feel free to DM me.”

In another post, Dolmayan shared a photo of David Dorn, a 77-year-old retired African American police captain who was killed this week while trying to protect a friend’s pawn shop from looters in St. Louis. “Injustice breeds injustice, for those of you who vilified me for calling for peaceful protests you should be ashamed of yourselves for perpetuating violence and advocating for mob justice,” wrote the drummer. “This man had a family too.”

Dolmayan has also been calling out his fellow System of a Down members in recent years for not being able to come together and record their first album since 2005’s Hypnotize. It’s hard to imagine that this political divide between bandmates will help get them in the studio anytime soon.

The drummer’s Instagram posts about President Trump and David Dorn can be seen below.

Let’s not let the narrative that’s being spun make us forget the truth of this statement. The most attacked president in history yet the greatest friend to minorities! Don’t believe it ? Look at the stats . Don’t like it , doesn’t change the truth of it.

Injustice breeds injustice, for those of you who vilified me for calling for peaceful protests you should be ashamed of yourselves for perpetuating violence and advocating for mob justice. This man had a family too . I don’t care how many of you condemn me for my views and defense of the president, I will fight your attempt to silence any voice that isn’t in line with your perceived morally superior views just as I would fight for your rights to have and express those views I don’t always agree with. For those of you incapable of understanding that feel free to bash me all you like as that is also your right under the constitution but know I couldn’t care less .